On 10 July, the European Space Agency’s Rosetta spacecraft flew by much-cratered asteroid 21 Lutetia at a closest distance of 3,162 km, returning superb pictures. Luteria is quite large, 130 km in length, and may be 4.5 billion years old. Rosetta raced past the asteroid at 15 km/s completing the flyby in just a minute. Lutetia has been a mystery; it has characteristics of the ‘C-type’ asteroid, a primitive bodies from the formation of the Solar System, and of the ‘M-type’, associated with iron meteorites thought to be fragments of the cores of much larger objects.

The flyby marks the attainment of one of Rosetta’s main scientific objectives. The spacecraft will now continue to a 2014 rendezvous with its primary target, comet Churyumov-Gerasimenko. It will then accompany the comet for months, from near the orbit of Jupiter down to its closest approach to the Sun. In November 2014, Rosetta will release Philae to land on the comet nucleus. 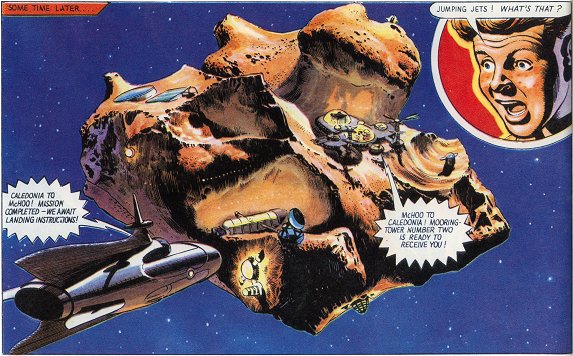