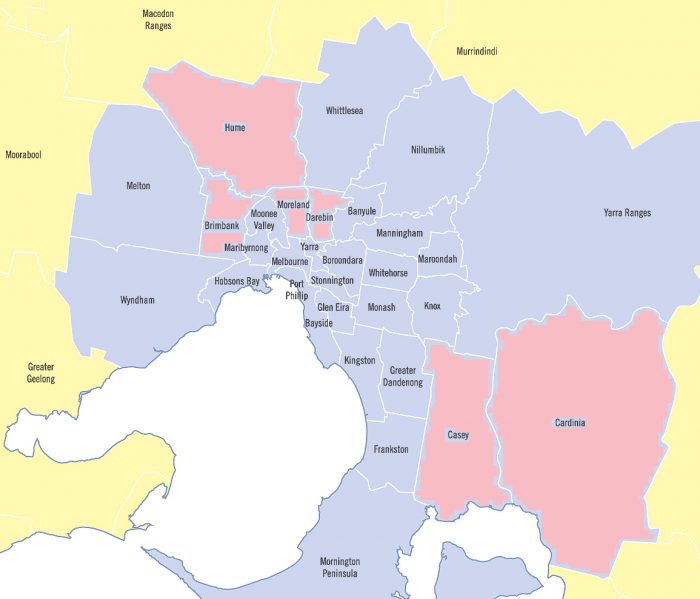 The Australian Health Protection Principal Committee has asked Victorians to avoid six virus hotspots: Hume, Casey, Brimbank, Moreland, Cardinia and Darebin. Premier Andrews says that half of the state’s cases were due to “family-to-family transmission”, with family members visiting each other in large numbers and ignoring social distancing orders. One cluster of infections included 14 people from the same family who have then spread the virus widely. Another group produced 11 new cases.

I am out of date with Victoria’s local government names, so I looked them up. The worst outbreaks are in the less-wealthy suburbs of the north-west and south-east. While traveller-borne infections were widespread in more wealthy suburbs, it would seem community transmissions are worse in less affluent suburbs. Partly this may be because casual workers lack sick leave and have little choice but to work for money even though ill. But how to get through to large families that they simply must not gather together in one group? In some cultures, that is a tough ask.