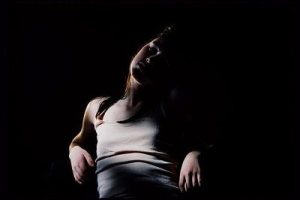 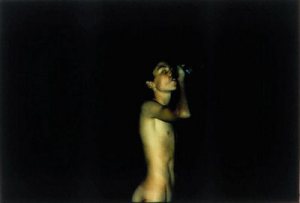 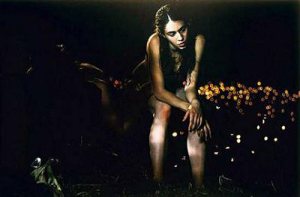 The inclusion of photographs of naked adolescents in an exhibition by noted photographer Bill Henson has provoked undue public attention, including from the police-and the Prime Minister, no less. Mr Rudd described the pictures as “revolting”, which is stupid when he hadn’t seen them in context, but he has a point in saying that “Kids deserve to have the innocence of their childhood protected. … For God’s sake, let’s just allow kids to be kids.”

Trouble is, not all children are or have been allowed to be “just kids”. Perhaps we need art to confront us with this. The gallery removed some pictures and then re-opened the exhibition.

Bill Henson is one of Australia’s leading contemporary artists and is internationally respected. His works are held in every leading art institution in Australia and are included in the collections of a number of the world’s most prestigious art museums. The Art Gallery of New South Wales and the National Gallery of Victoria have both recently held a retrospective of 30 years of the artist’s work, which has been described as “timeless sculptures made with a camera”.

The critical thing is that the children photographed are and have been fully protected. This the police will investigate. The children and their families did give permission for them to be photographed. But can children give informed consent to such a thing? The proper response to that question is usually “No”.

Henson’s work explores the edgy alienation peculiar to youth. His images of vulnerable young people reveal a deep, somewhat sad reality. We are compelled to look, yet distressed by what we see. Let’s not use censorship to shield us from our disturbing inner feelings.

Henson’s pictures are not titillating. They’re not pornographic. Yet I do find these images, for example (not from the show) to be a little disturbing. And isn’t that the point?

Well, yes. But Clive Hamilton, formerly of the Australia Institute sees the controversy as the result of a society in which children are being exploited in increasingly eroticised ways and the Internet has changed the context in which artistic images are used. He was interviewed on the ABC’s PM yesterday (23 May 08).

I’ve argued that previously when perhaps it was a more innocent age, then artistic representations of children, as is the case with the Bill Henson exhibition, wouldn’t have provided difficulty. But in an age where children have been so heavily sexualised by commercial organisations and by the wider culture and where there’s so much more alarm about paedophilia then I think the presentation of a 12-year-old girl, for instance, naked to the public, really has quite a different impact and raises new concerns.

In particular, when they are placed on the internet, they’re flashed around the world within hours and even though the website from the gallery in question has been taken down, the images of this girl who is about 12 we believe, are all around the world and can be used for all sorts of unpleasant purposes.

And I argue that she … could not possibly understand the implications of being presented naked to the world, even though the presentation is very aestheticised and that therefore she could not give informed consent. So there are serious ethical problems with having these child models presented in this exhibition in this way, particularly putting them up on the internet.

Are you accusing the gallery owners, the parents, the artists of a certain naivety then?

>Absolutely. … [A]rguably [Henson] and the gallery owners are innocent victims but they should have known better. They should have been aware that the way that children have been presented in recent years is bound to create difficulties when you present them not in an eroticised way I’d stress-the pictures aren’t in any sense pornographic-but the context makes the presentation of children in the nude, you know, troubling.

You did mention the internet earlier. Has the invention of that new medium changed the argument somewhat?

I think it’s changed it completely. I mean if we imagine going back 30 years and this sort of exhibition being put on in a gallery and it was seen by its intended audience, that is those who have presumably a sophisticated appreciation of photography as art, then … I certainly wouldn’t have a problem with it. But when the same pictures become consumed, if I can use that commodified term, by a range of people for quite different and unintended reasons, which will have impacts on the child models in question, through the internet, then I think there are serious worries about that.

I mean, if this girl at age 30 has … has a career and an integrity and a history behind her and suddenly these pictures pop up in a magazine or on the internet, I’d imagine there’s a good chance she’d be humiliated.

The continuing fuss about Bill Henson’s photographs of nude children has made me think. I am an keen advocate of child protection, but I am also a keen art lover and an advocate of civil liberties. The protection of children must always come first. Psychologist Steve Biddulph writes that “Art or not, it’s still exploitation” (The Age, 28 May 2008).

It is astonishing that the debate over Bill Henson’s photographs has been framed as art versus pornography, as if these were mutually exclusive, tidy categories that settle the matter once and for all. And as if art somehow excuses us from moral behaviour.

The real issue is exploitation. That is also the issue in pedophilia. … Art is part of society, and however it serves to provoke, it has to do so within moral limits. [C]onsent is not a justification, as it is almost impossible for a young person to separate their own feelings from those around them, and they depend on adults to both affirm them, and yet give them space to unfold who they are, a process taking many years.

… Photographing teenage children naked and exposed, while it could be innocent and beautiful in a different kind of world, takes their power and their privacy away and lets the world in. It’s using them.

True. Nevertheless, as Michelle Grattan highlighted in the same issue of The Age, it was foolhardy of the Prime Minister to intervene as he did. “The trouble, if you are a Prime Minister, with mixing politics and art is that every now and then the artists bite the politicians.”

Meanwhile police visited Canberra art galleries, including the National Gallery of Australia, to examine the collections. The NGA (of which I am a member) has at least 79 Henson photograph, none of which were on public display. They include this Untitled 1990/91 (Paris Opera) (Young girl wearing jewelled necklace), from the series Studies for the Paris Opera. 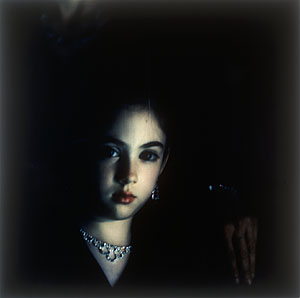 As well as seizing more than 20 Henson photographs from Sydney’s Roslyn Oxley9 Gallery, police have visited galleries in Newcastle and Albury. Mere possession by the galleries of child pornography is a crime. Of course art can be pornography and pornography can be artistic. But what is pornography exactly?

Malcolm Turnbull MP, who owns two Henson photographs, said police “tramping through art galleries and libraries” posed a threat to artistic freedom. “I don’t believe we should have policemen invading art galleries. I think we have a culture of great artistic freedom in this country, and I don’t believe the vice squad’s role is to go into art galleries.” Mr Turnbull said he was not commenting on the seized photographs, which he had not seen. Seems to me that this time, at least, Mr Turnbull was on the side of wisdom.