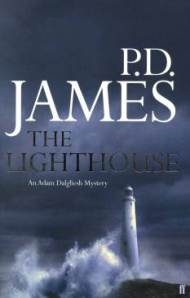 Now that I have more time for such things, I’ve discovered a liking for good contemporary detective novels, such as those of Ian Rankin and P.D. James. I particularly like stories in which the personality of the chief protagonist (Rebus or Dalgliesh) is a strong part of the story.

I recently read The Lighthouse, the 2005 novel by P.D. James — more formally, Phyllis Dorothy James, The Rt Hon the Baroness James of Holland Park OBE, FRSL, FRSA, JP. I’ve also read, A Certain Justice, Death in Holy Orders, Death of an Expert Witness, Devices and Desires, Skull Beneath the Skin, The Children of Men,, The Murder Room, Cover Her Face, Shroud for a Nightingale, and The Black Tower. And so far I haven’t seen, A Mind to Murder, An Unsuitable Job for a Woman, Innocent Blood, Original Sin, and Unnatural Causes.

James’ chief protagonist, police Commander Adam Dalgliesh is an intelligent, reflective, character and James sometimes give him some interesting introspections. For instance, in the The Black Tower (1975). is recovering in hospital from serious illness, having previously reconciled himself to the likelihood of death.

It was embarrassing now to recall with what little regret he had let slip his pleasures and preoccupations, the imminence of loss revealing them for what they were, at best only a solace, at worst a trivial squandering of time and energy. Now he had to lay hold of them again and believe that they were important, at least to himself. He doubted whether he would ever again believe them important to other people. No doubt, with returning strength, all that would look after itself.

The physical life would re assert itself given time. He would reconcile himself to living since there was no alternative and, this perverse fit of resentment and accidie conveniently put down to weakness, would come to believe that he had had a lucky escape. His colleagues, relieved of embarrassment, would congratulate him. Now that death had replaced sex as the great unmentionable it had acquired its own pudency; to die when you had not yet become a nuisance and before your friends could reasonably raise the ritual chant of "happy release" was in the worst of taste.

But, at present, he wasn’t sure that he could reconcile himself to his job. Resigned as he had become to the role of spectator and soon not even to be that he felt ill equipped to return to the noisy playground of the world and, if it had to be, was minded to find for himself a less violent corner of it. It wasn’t something he had thought about deeply during his periods of consciousness; there hadn’t been time. It was more a conviction than a decision. The time had come to change direction. [. . .]

He wasn’t sure whether this disenchantment with his job was caused solely by his illness, the salutary reminder of inevitable death, or whether it was the symptom of a more fundamental malaise, that latitude in middle life of alternate doldrums and uncertain winds when one realizes that hopes deferred are no longer realizable, that ports not visited will now never be seen, that this journey and others before it may have been a mistake, that one has no longer even confidence in charts and compass. More than his job now seemed to him trivial and unsatisfactory. Lying sleepless as so many patients must have done before him in that bleak impersonal room, watching the headlamps of passing cars sweep across, the ceiling, listening to the secretive and muted noises of the hospital’s nocturnal life, he took the dispiriting inventory of his life.

. . . In the last fifteen years he hadn’t deliberately hurt a single human being. It struck him now that nothing more damning could be said about anyone.

Well, if none of that could be changed, his job could. But first there was one personal commitment to fulfil, one from which perversely he had been relieved that death would so conveniently excuse him.

And thus begins the story. 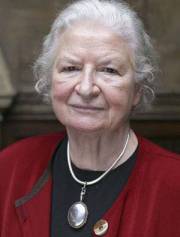 far closer to the straight novel than were the rather cosy mysteries of the 1930s when setting, characterisation and, sometimes, psychological truth were all sacrificed to ingenuity of plot. The modern mystery (as the Americans call it) is often more violent, more sexually explicit, less confident in its affirmation of law and order and far more concerned with character and motive than with the ingenuity of the murder itself.
The critics have forecast the death of the classical detective story at every decade, but the form remains remarkably resilient. There are the attractions of a strong plot, a story with a beginning, a middle and an end. There is the challenge of a puzzle for those who like following clues. The detective story, like other forms of crime novel, provides vicarious excitement and danger. But there are other interesting psychological reasons. The classical detective story is rather like the modern morality play. It can provide catharsis, a means by which both writer and reader exorcise irrational feelings of anxiety or guilt. The basic moral premise, the sanctity of life, is also an attraction as is the solution of the plot at the end of the book. The classical detective story affirms our belief that we live in a rational and generally benevolent universe.