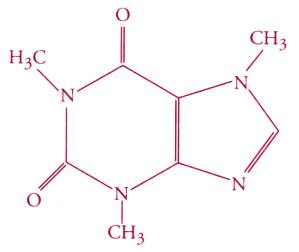 Life is too short for bad coffee. But does coffee make life shorter or longer? Bordeaux-based journalist Michael Johnson muses on this question in the IHT (29 Jul 08). He says that coffee marketers,

all must be delighted at the June issue of Stroke, a journal of the American Heart Association, which has published a new study asserting that “high consumption of coffee and tea may reduce the risk of cerebral infarction (embolic strokes) among men.”

The study, conducted in coffee-mad Finland, was managed by the Karolinska Institute of Stockholm and the National Public Health Institute, Helsinki. Researchers recruited 29,133 Finnish men aged 50 to 69 in 1985 and followed them for several years. Those who consumed eight or more cups of coffee per day, the results indicated, had a 23 percent lower risk of cerebral infarction—the most common kind of stroke.

“Beneficial effects of consumption . . . are biologically plausible because coffee and tea contain phenolic compounds with antioxidant properties that may prevent atherosclerosis,” the study asserts.

Coffee has a long history of ups and downs. It has been credited with enabling awesome intellectual feats, but it also has been blamed for anything from sparking riots to inspiring Satanic worship. [. . .]

The new Finnish study notwithstanding, how could you overcome your coffee addiction if you chose to? Some doctors will advise you to switch to tea, or a few cups of hot water a day. I tried to stop my five-a-day coffee habit recently and ended up with a range of dreary side effects-three weeks of jitters and a sluggish brain. Eventually, my natural stimulus system came back to life after years of suppression by caffeine, and I functioned just about normally again. Like all addicts, though, I craved my demon and was gradually re-addicted. Thus, I was as delighted as everyone else to learn from Stroke that I could-and perhaps should-be drinking even more coffee.

The coffee marketers must be celebrating—perhaps this time with Irish coffee.

[The authors of the study say that their results “suggest that high consumption of coffee and tea may reduce the risk of cerebral infarction among men, independent of known cardiovascular risk factors.” The study related to male smokers and showed that Finnish smokers who consumed 8 or more cups of coffee per day had a 23% lowered risk for cerebral infarction, whereas those who drank 2 or more cups of black tea daily had a 21% lowered risk for this type of stroke vs those who drank little or none of these beverages. The associations were independent of risk factors such as a history of coronary heart disease. Source: SC Larsson, Satu Männistö, MJ Virtanen, J Kontto, D Albanes, & J Virtamo. Coffee and tea consumption and risk of stroke subtypes in male smokers. Stroke 39:1681-1687, 2008.]