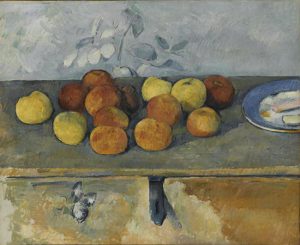 The National Gallery’s Masterpieces from Paris: Van Gogh, Gauguin, Cezanne and beyond attracted 467,000 visitors, despite severe parking problems, the chaos of extensive renovations, and long queues … all of which made me reluctant to attend and pay my $25 to glance at pictures through the shoulders of a moving crowd. One needs much time per picture spread over more than a week to take in 117 works. All one gains in a short visit is a memory of the brief pleasure of being in the presence of such treasures.

I saw many of the same pictures in one exhausting day at the Musée d’ Orsay in Paris on 10 November 1993, and again at more leisure in 2012. Later, on a quiet Sunday afternoon, I seem to remember spending at least half an hour with just one painting at the Musée de l’Orangerie, Paul_Cézanne’s Pommes et biscuits (pictured). I’ve never forgotten the experience, or the picture.

Nevertheless, in the second-last week of the show, James and I were able to get timed-entry tickets at first up in the morning 9.00am. Otherwise, I doubt that I would have bothered with the queues and the crowds. A gallery staffer told me that 460 people were admitted at a time. We took our time and enjoyed the pictures, took a pass-out, had coffee, then returned for a second look. By that time there were so many people that it was hard to see the pictures well.

Of course there were many fabulous things to see and try to contemplate. Here are three of the dozen or so that especially appealed to me.: 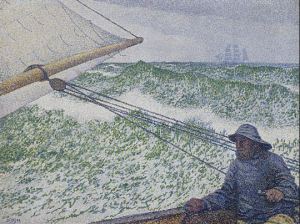 Théo van Rysselberghe, The man at the tiller, 1892. 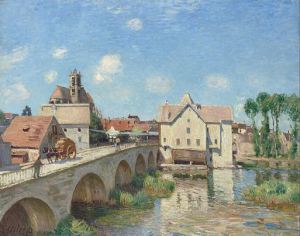 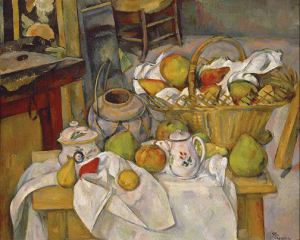 Yes, this was an exhibition of some great and fine works-masterpieces. Nearly half-a-million visitors probably meant as many opinions about the worthiness of the show.  But I think it was oversold. It may have been the most valuable exhibition the NGA has ever shown, but I not sure that it was at all the best. The publicity repeatedly featured just three works by Van Gogh and by Gaugin. Yet the representation in the show of Van Gogh in particular was not as great as it had seemed from the promotion. 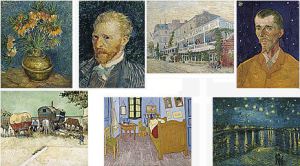