James and I enjoyed Star Trek XI. I don’t try to read deep philosophy into it—it’s simply entertainment. And it’s optimistic, despite the death of billions. Just before the movie, we we treated to trailers of two dark shock-horror sci-fi thrillers. What’s the point of them?
As Dave Itzkoff writes (NYT 9 May 09)

It takes a certain mix of optimism and frustration to contemplate the possibility of space travel. To dream of navigating the cosmos is to assume that man has the resources and the know-how to propel himself into the heavens, but also some compelling reasons to exchange his home planet for the cold vast unknown. […] 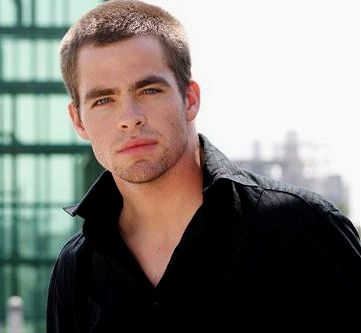 Forty years later, as Star Trek is returning to its past so is Americ the country is again gripped by anxieties about entanglements abroad, compounded by the fear that the economy could collapse at warp speed. A cautious optimism has emerged in the afterglow of the election of President Obama (whose Vulcan-like composure has invited frequent comparisons to Mr. Spock), but a surge of foreign violence, a swine flu outbreak or any number of other events could easily dampen that mood. [… ]
But at least one person closely identified with Star Trek argues that for all the ways in which the franchise has been affected by current events, its optimistic vision has persisted. "A lot of science-fiction is nihilistic and dark and dreadful about the future, and Star Trek is the opposite," Mr. Nimoy said. "We need that kind of hope, we need that kind of confidence in the future. I think that’s what Star Trek offers. I have to believe that—I’m the glass-half-full kind of guy."

Similarly, in his review (NYT, 8 May 09) Manohla Dargis says that "Whether by design or accident," Director [J. J.] Abrams has succeeded in giving the forty year old concept new life for ", simply because in its hopefulness Star Trek reminds you that there’s more to science fiction (and Hollywood blockbusters) than nihilism. " … The film comes down on the side of hope, but its apocalyptic interludes, including the image of a planet imploding into gray dust, collapsing like a desiccated piece of fruit, linger."

Despite all the high-tech wizz-bangery, the story is "fundamentally about two men engaged in a continuing conversation about civilizations and their discontents. Hot and cold, impulsive and tightly controlled, Kirk and Spock need each other to work, a dynamic Mr. Abrams captures with his two well-balanced leads. Mr. [Zachary] Quinto lets you see and hear the struggle between the human and the Vulcan in Spock through the emotions that ripple across his face and periodically throw off his unmodulated phrasing. Mr. [Chris] Pine [Pictured] has the harder job—he has to invoke Mr. Shatner’s sui generis performance while transcending its excesses – which makes his nuanced interpretation all the more potent. Steering clear of outright imitation, the two instead distill the characters to capture their essence, their Kirk-ness and Spock-ness.
Written by Roberto Orci and Alex Kurtzman, the story has plenty of chatter, but Mr. Abrams keeps the talk moving, slowing down only intermittently, as when Captain Pike (Bruce Greenwood) or the wryly smiling Leonard Nimoy (!) unload some paternalistic advice on Kirk. … By far his finest moments take place on the brightly lighted deck of the Enterprise, where against the backdrop of limitless space, Kirk, Spock and the rest of the young crew fumble with roles that—much like the young actors playing them, including Anton Yelchin as Chekov and John Cho as Sulu—they ultimately and rather wonderfully make their own.