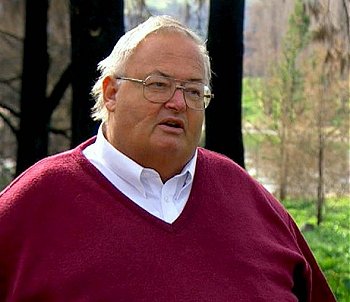 I was saddened by the death of one of Australia’s most eminent scientists, Professor Peter Wray Cullen AO, who collapsed at his home in Gunning, NSW and died in hospital, aged only 64.

Professor Cullen was a widely respected freshwater ecologist, and a commissioner of the National Water Commission. He had worked in natural resource management for more than three decades, including a leading role in the National Action Plan for Salinity and Water Quality.

Peter Cullen was a founding member of the Wentworth Group of Concerned Scientists, a prominent organisation which advised governments on how to address a dwindling water supply and the ongoing drought.

I knew Peter a little, through his wife, the Reverend Vicki Cullen, who is a good friend to James and me. She was Rector of St. Edmund’s Anglican Church in Gunning at the time of her husband’s death and was one of the first women to be ordained an Anglican priest in Australia. Vicki was also one of my teachers in theological college. I know that Peter strongly supported his wife in her determination to enter the Christian ministry and fulfill her vocation.

An eminent friend, Prof Paul Perkins, said of Peter that “He towered above everything. He was a big man in intellect, in size, in appetite for new things. He wasn’t just an environmentalist or an agricultural scientist. He covered the whole spectrum.” Peter’s health had not been good for a long time. “Like many people who have such an appetite for doing the things that need to be done, sometimes you don’t balance out your life” Prof. Perkins said to a newspaper. “There was no doubt Prof Cullen, almost single-handedly, significantly influenced the former Howard government to see the big issues on water management. He didn’t live to see the results of much of his work, but it will come.”