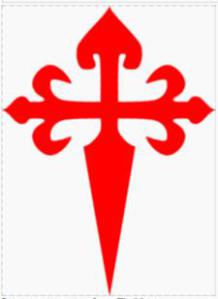 The 25th July is St. James day, a patron saint of the Spaniards, and Galicia in particular. The old Chambers Book of days says that according to legend, James preached the gospel in Spain and afterwards returned to Palestine, where he was bishop of Jerusalem. James is mentioned in the Book of the Acts.

The Spaniards hold St. James in the highest veneration, and if their history was to be believed, with good reason. At the battle of Clavijo, fought in the year 841 between Ramiro, king of Leon, and the Moors, when the day was going hard against the Christians, St. James appeared in the field, in his own proper person, armed with a sword of dazzling splendour, and mounted on a white horse, having housings charged with scallop shells, the saint’s peculiar heraldic cognizance; he slew sixty thousand of the Moorish infidels, gaining the day for Spain and Christianity. The great Spanish order of knighthood, Santiago de Espada-St. James of the Sword-was founded in commemoration of the miraculous event; giving our historian Gibbon occasion to observe that, ‘a stupendous metamorphosis was performed in the ninth century, when from a peaceful fisherman of the Lake of Gennesareth, the apostle James was transformed into a valorous knight, who charged at the head of Spanish chivalry in battles against the Moors. The gravest historians have celebrated his exploits; the miraculous shrine of Compostella displayed his power; and the sword of a military order, assisted by the terrors of the inquisition, was sufficient to remove every objection of profane criticism.

Santiago de Compostella, in Galicia, became the chief seat of the order of St. James, from the legend of his body having been discovered there. The peculiar badge of the order is an blood-stained sword in the form of a cross, charged, as heralds term it, with a white scallop shell; the motto is Rubel ensis sanguine Arabum-Red is the sword with the blood of the Moors. The banner of the order, preserved in the royal armory at Madrid, is said to be the very standard which was used by Ferdinand and Isabella at the conquest of Granada. But, as it bears the imperial, double-headed eagle of the Emperor Charles V, we may accept the story, like many other Spanish ones, with some reservation.

The shrine of St. James at Santiago de Compostella capital of Galicia, remains a place of pilgrimage, destination of the Camino de Santiago, the Way of St James. A compostela is sought by many pilgrims, attesting to completion of the pilgrimage. The pilgrimage is now well known, even in Australia. There are many websites this one looks useful and this Irish one is excellent. During the medieval period; and the distinguishing badge of pilgrims to this shrine was a scallop shell worn on the cloak or hat.

The Pathway of St. James

After forty days of cheap wine and pilgrims’ dinners
of nights rent by generous farts in frugal dormitories
we ascend on blistered feet the stairs of stone
to the Romanesque repository of the saint’s bones
and pause at the great doorway of pardons
to place our palms on its marble portal
in the touching furrow worn by faith of centuries
before we enter the shrine
to indulge first moments of expiation
roaming the nave, apse and chapels of atonement
watching the stained lights of Christendom
concede to soft Galician darkness before repairing
to the bars of Santiago to commune
in broken tongues with penitents of many nations
until dawn compels us to trains and planes
to streak over mountains, deserts and oceans,
a diaspora of purged peripatetics with holey socks
returning to the places from whence they set forth
where other bones lie buried. 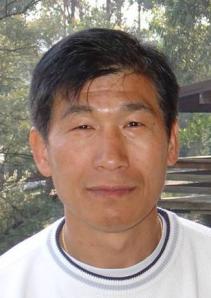 Well, be all that as it may, I am delighted to celebrate another James.