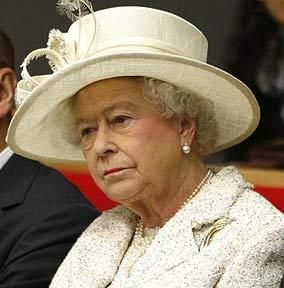 Plainly not amused, Her Majesty the Queen of Australia came up with a salient question during a briefing by academics at the London School of Economics on the turmoil on the international markets that became the ‘global financial crisis’. As Simon Jenkins remarked in The Guardian (12 Nov 08),

The latest Occam’s razor award goes to Her Majesty the Queen. In the unlikely surroundings of the London School of Economics, she last week cut to the quick. Describing the credit crunch as “awful”, she tapped a gilded economist on the proverbial shoulder and asked: “Why did nobody notice?”

… Aha, ahem, said the director of research, Professor Luis Garicano. … He had certainly not expected an upper cut to the jaw. Monarchs are not supposed to ask leading questions, even when the nation is screaming for an answer. With his vocation suddenly on trial, the professor stammered, “Someone was relying on somebody else,” adding, as if in moral afterthought, “and everyone thought they were doing the right thing.”

… We owe Garicano a debt at least for revealing something like the truth. … Thousands will now be thrown out of work, millions made poorer, hopes dashed, opportunities lost, perhaps more than anywhere else in Europe. Someone should be held accountable. Otherwise the same mistakes will be repeated and nobody will believe what an economist says again. In other words, the Queen deserves a proper answer.