The British Medical Journal has an obituary for Donald Duck. 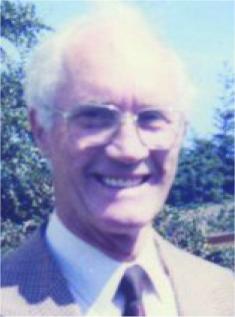 After a brief foray into civil engineering, Donald Duck trained in medicine at the college in Edinburgh. He spent a year as general practice trainee in Skye before moving abroad with his new wife, Jean (also a doctor), to the Medical Missionary College at Ludhiana. There he learned Urdu and Hindi. He and his family then moved to hospitals in Quetta and later Kashmir, where he worked in a wide range of specialties, including eye surgery, until his return back to Britain in 1968. From 1968 till his retirement in 1993 Donald was the single handed general practitioner in Mallaig. Though originally from London, he relished the highlands of Scotland. He was a keen fisherman and stalker. He was an elder and stalwart supporter of the kirk in Mallaig, and a gifted lay preacher. He had a keen sense of humour and enjoyed many situations where his name led to confusion-for example, when signing cheques or prescriptions (he preceded the eponymous cartoon character by 10 years). His wife predeceased him in 1997, and he is survived by his four children (one a doctor) and seven grandchildren. [J Duck, A K Henderson]

Dr Duck’s death was well noted in local and national press. He also appeared in a 2005 BBC program. “I think it is quaint,” he said. “I have been asked once or twice why I did not change my name, but I have had so much fun with it.” He always insisted that he was the original Donald Duck.

There is an officially registered MacDuck tartan. Walt Disney commissioned it in honor of Donald Duck’s Uncle Scrooge MacDuck to raise money for war bonds during WWII. 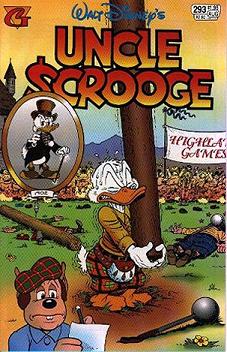 The cartoon Donald never wears pants. The more ancient among us may recall a Scottish ditty, made (in)famous by Andy Stewart:

1. I just got in frae the Isle of Skye
I’m not very big and I’m awful’ shy
The ladies shout as I go by
“Donald where’s your trousers?”

2. A lady took me to a ball
And it was slippery in the hall
I was afraid that I might fall
‘Cause I had nae on me trousers!

3. They’d like to wed me everyone
Just let them catch me if they can
You canna put the breeks on a highland man
Who doesnae like wearing trousers.

4. To wear the kilt is my delight,
It isn’t wrong, I know it’s right.
The highlanders would get a fright
If they saw me in trousers.

5. Well I caught a cold and me nose was raw
I had no handkerchief at all
So I hiked up my kilt and I gave it a blow,
Now you can’t do that with trousers.