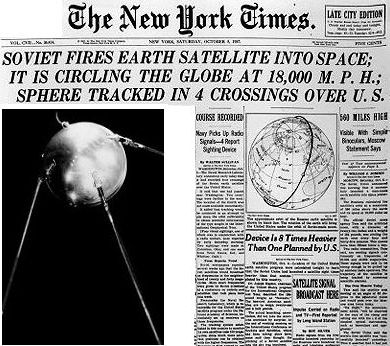 The 50th anniversary of the launch by the Soviet Union on 4 Oct 1957 of Sputnik 1 brought back memories. I was nine years old. We were living in Pomborneit North, a tiny rural hamlet in the Western District of Victoria, where my father was the school teacher. I remember standing with my parents on our front lawn there, watching a satellite pass across the night sky, but I can’t recall whether it was actually Sputnik I or one of its successors. We all marveled at the satellite’s great orbital speed of 18,000 mph (29,000 kph) and listened on the radio news to its “beeep, beeep” radio signal. (The signals continued until the transmitter batteries died on 28 October. After 3 months Sputnik 1’s orbit decayed and it burned on reentry to the atmosphere.)

I was an avid boy reader on space science and space travel, and a Dan Dare fan. The comic strip series “Dan Dare pilot of the future” began in 1950, with the first issue of the English boy’s magazine Eagle-always on the front and second pages in color, drawn by Frank Hampson. Each edition took months to arrive from England by surface mail; we bought them through the newsagent in the nearest town, Camperdown. 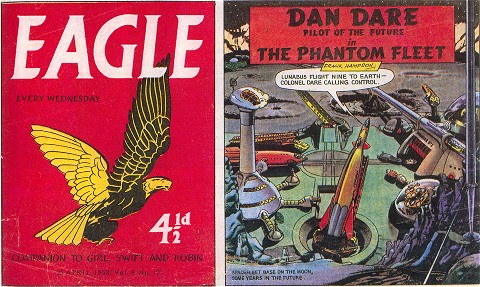 Then we moved to the city and I went to secondary school … where there was a decent library to keep me amused.