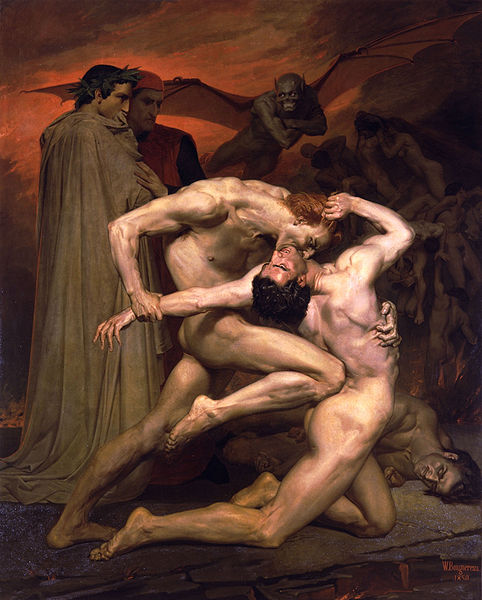 blogs where authors and commenters sip vim-and-vitriol under the cover of Christian sanctimony and care not about crucifying friends because, let’s face it, in our world crucifixion doesn’t mean real death so why should it matter. It’s ‘blog eat blog’ out here. Everyone has their ‘Brutus’, a ‘friend’ stabbing them in the back, whether on Holy Smoke, Articles of Faith, Twitter, even Facebook. And some of us have people doing it to our face.

Gledhill mentions a recent editorial in Catholic weekly The Tablet “describing with chilling accuracy the ‘Wild West frontier’ on which we are operating” “There is a good subject here not just for libel lawyers but also for psychiatrists and moral theologians,” The Tablet writes. “What is it about a computer connection to the web that can turn a Dr Jekyll into a Mr Hyde?” The Tablet refers to a recent incident in which Labour Party zealots were maliciously slandering Conservative Party people in a blog and, when found out, had to resign. The Tablet opines that, “Generally, blogs are far from an idealised forum for an exchange of intelligent ideas that would be constructive. More often they indulge in straight poison-pen character assassination without reference to any requirements of accuracy or balance.”

Blogging is a compulsive medium that appeals to the addict in me. I wonder how long it will be before there is a wing of The Priory in Roehampton set aside for recovering bloggers? Or a Bloggers Anonymous meeting in London: ‘My name’s Ruth, and I’m a blogger.’ We’d all be sitting there, posting on Twitter: ‘Guess who’s just walked through the door . . .’

I’m not sure The Tablet‘s suggestion of stripping the anonymity from blogs can ever be workable. Anonymity is an essential protection in the name of freedom of speech. But perhaps the blogosphere needs a set of 12 guidelines rather like those used by A ‘Anonymity is the spiritual foundation of all our traditions, ever reminding us to place principles before personalities.’

Taking a lead from Gledhill, Giles Fraser writes in The Church Times (1 May).

Of course, there are some fantastic blogs and threads, and there are many places where decent argument is respected and encouraged. Yet some sites are moral pigsties, where the most disgraceful comments are justified, and even encouraged, as a show of democracy and internet freedom. It is easy to imagine that all this unpleasantness originates with a small number of obsessive blog “commenters”, operating from sweaty bedrooms that have never seen the light of day, living off pizza and pornography, and getting their kicks out of being unpleasant as compensation for their own social inadequacy.

Oh, that it were so simple! The people who are being so cruel to each other are just as likely to be wearing pinstripes or flowery dresses—or even clerical collars. Part of the problem is that too many contributors do not recognise that they are being unpleasant because they believe themselves to be justified by some higher cause. [. . . ] The other problem is that, on the internet, the other does not come with a face. The French philosopher and Talmudic scholar Emmanuel Levinas has based his ethical philosophy on the sense of responsibility for others that originates in the face-to-face encounter. Only by looking at someone’s face does one properly appreciate his or her vulnerability—a vulnerability that cries out not to be harmed.

The quick-fire argument on the internet has cut itself adrift from this sensitivity, and has become cruel. This is why too much time going through blogs and comments can be bad for your spiritual health.

Yet, there’s much to be found in journals and weblogs on the Internet that is glorious and edifying. I deliberately took a Lenten ‘fast’ from it all to check myself against contributing to the spiritual ill health about which Gledhill and Fraser caution. I may write critically, but criticism need not be spoken with evil vitriol. To write well takes thought and time, yet the Internet has so shortened response times and attention spans that if one does not speak quickly, one is not heard. We are tempted to answer in minutes questions that once may have taken years to consider.

And the picture? It’s Virgil and Dante in Hell (1850, 213cm x 153cm), by French academic painter William-Adolphe Bouguereau (1825-1905), which Gledhill reproduces with her piece. It’s astonishing and truly hellish. One is drawn by the eroticism yet revolted by the horror and viciousness.