Giles Fraser asks, “Technology: does it dispel the wonder?” Well no, rather it may create wonderment—or at least open a window to wonderment.

Perhaps the fiercest critic of Plato is that dark genius, Martin Heidegger. His formidable charge is that, with the invention of metaphysics, the great Greek philosopher began a “drive toward technical and objectifying modes of knowledge, and, with it, the oblivion of any more primordial or more reverential kind of existence”. It sounds a hefty indictment, but what does it mean? 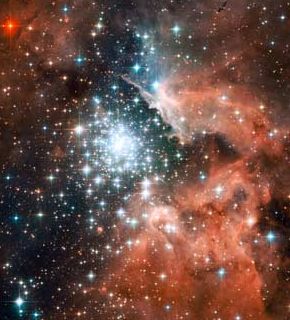 My own religious faith—and I suspect that of many others, too—has its source in some visceral responses to the world. One might say that it begins with the experience of wonder. Sunlight on the River Thames; the sound of my children sleeping; a dead bird rotting in the garden; the Lady Chapel of Ely Cathedral; looking up at the stars in the pitch black of the desert night; an old lady’s hands offered up to receive communion—these things fill me with astonishment, and can become launching pads for intense reflections about the nature of the divine.

In Heidegger’s jargon, these reflections grow out of a “primordial or reverential” disposition towards the world, leading possibly to God. One might describe this approach to faith as the approach of the poet. It is not that I have ever written poetry, but rather that I often find God in the same sorts of places that many poets do. Plato, of course, notoriously banished poets from his ideal society. His concern was more with a concrete engagement with the mysteries of the world. And this is where metaphysics comes in.

Metaphysics is the investigation into that reality that transcends empirical reality. Whereas physics explains the workings of this world, metaphysics seeks to explain the workings of the world beyond this world. The clue to its meaning is in the word itself: metaphysics is an attempt to deal with the mysteries of the beyond through some sort of physics. Thus it transforms a reverential approach to the mysteries of reality into a peculiar sort of science. Metaphysicians want something more than poetic raids on the unspeakable. They want something more solid. Forget the frustrating obfuscations of the mysteriou they want some sort of science of God, a way of measuring and predicting the contours of the divine. All this leads to what Heidegger calls a “forgetfulness” of the primordial, reverential, or poetic approach to things.

Fair enough: it is too much to blame Plato for all that came after him. Yet what Heidegger warns us of is a world without reverence, where all is simply physics and technology. Its name is nihilism.