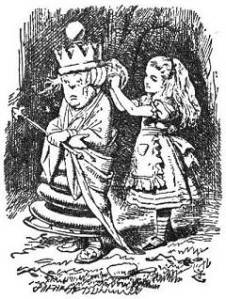 When the Pharisees challenged Jesus with questions about divorce, they weren’t looking for a nice sermon. They were testing Jesus, no less than Satan tested him in the wilderness. They wanted to convict him out of his own mouth, to condemn him by the law as they understood it.

Jesus refused to debate points of law. He went back to what God had lovingly intended from the very beginning. He recalled the Genesis story.

In the creation story we read that God repeatedly saw that the creation was good. But then God said, "It is not good that the human should be alone." Everything else was good, but being alone wasn’t. To make the creation complete, there needed to be two humans, intimate companions for each other—the one flesh.

To be Christian is to be part of a living, human, fellowship-the body of Christ-an intimate school of love. It’s a school that requires a lifetime of vulnerable commitment, openness and grace. We are joined together not only by marrying one another, but as members of the body of Christ. We are bone and flesh of Christ and of each other.

Words can hide meaning as well as reveal and communicate. It’s so with the word ‘marriage’. If you’ve been married for a while, you might say that you have a pretty good idea what marriage is (or maybe you might say that you haven’t a clue!). But what we experience as marriage is very, very, different from the usual practice of Jesus’ day. Human understanding of marriage differs greatly between cultures and changes with history.

I don’t think the word ‘marriage’ is defined once in the Bible. We have the beautiful passage in Genesis where Adam and Eve become "one flesh." But the label of ‘marriage’ is not used. We seem to have an idea of marriage as a sacred God-ordained institution. I don’t think it’s like that at all. There were no officials in Eden with solemn ceremonies and legal papers. Priests and lawyers do not marry people. They marry each other. Marriage is not a ‘thing’, an institution. It’s an action. It’s a life-long action of love and commitment between two people. It’s the grace of God and human purpose working together to form a life-long union of two people who seek to live together truthfully, faithfully, mutually submitted, and permanently.

In the days of Moses and Jesus marriage was quite different from this. To our understanding, what applied then was hardly marriage at all. In comparison with God’s intention in the creation story, it wasn’t marriage either. The status of women in the time of Moses was so low that a man could divorce his wife on almost any pretext. It was such hardness of heart, Jesus explains, that motivated Moses’ instruction that a man had to write a certificate of dismissal so that when a woman was cast aside at least she wouldn’t be seen as a common prostitute.

In Jesus’ day, the situation of women was no better. Women were regarded as property, goods easily gotten rid of. Jesus’ declaration against divorce was a radical liberation. He overturned the ideas of his day. He insisted that spouses were equal-‘one flesh’, as God intended. His declaration against divorce was also politically risky for it implied criticism of Herod who had married his brother’s divorced wife; the same criticism had cost John the Baptiser his head.

Jesus didn’t impose law; he set people free from the law—the law of sin and death. Are we bold enough to do the same today? And how can we do this? There is little argument about the plain meaning of Jesus’ words in the gospel. "Anyone who divorces his wife and marries another commits adultery, and whoever marries a woman divorced from her husband commits adultery".

Broadly speaking, there are two ways to respond to these words. The first is to say that, as the words of Jesus, they apply to all Christian people for all time and in every situation.

A second way is to respond in the same way that Jesus responded to the Law of Moses when the Pharisees tested him. Jesus recalled God’s intention and applied it to the circumstances of the time. In restraining divorce he brought equality for women, confronted the legalism of his critics, and turned the existing social order on its head.

Today we in the church are challenged to apply Jesus’ great commandment—that we love one another as he loved us-in a way that is faithful to God’s intention first shown in the creation story long ago and also faithful to the Gospel of love, compassion and forgiveness.

The church’s response to divorce caused friction for decades in the Anglican world. It was on the agenda of almost every Lambeth Conference from 1888 to 1948-and each conference expressed a slightly different point of view. In the Anglican Church of Australia, after about twenty years of debate, a church law allowing remarriage of divorced persons with proper care and pastoral oversight was generally agreed in 1985, though it has not has been adopted by Armidale and Sydney.

This seems sensible to me as a response to the spirit of the Gospel-but I acknowledge that others can responsibly take a differing view.

Our reading from Mark moves on from marriage to children—a natural progression you might say! "Of such is the Kingdom of God", Jesus said of the children. The language is plain. The Kingdom belongs to children, and to those like them.

Children have special capacities. "Graced vulnerability" one writer calls it [David H Jensen. Graced Vulnerability: a Theology of Childhood. Pilgrim Press, 2005]. For our love relationships to thrive, we need to be trusting, open and vulnerable, like little children. Childlike relationships are simple yet, paradoxically, they are also complex and profound. Like little children, we need the care and guidance of a loving parent-the heavenly father—to have the security, protection and discipline that allow love to grow up big and strong. In marriage, as in all our relationships, we need our heavenly parent.

When the Pharisees asked Jesus, "Is it lawful for a man to divorce his wife?" his criticism was that, rather than being of simple faith, they were hard of heart. When we become hard-hearted about our ideas, convinced only we are right, we harm ourselves and our relationships with each other; the letter kills instead of the Spirit bringing life.

Jesus’ standard and principle is perfection. Yet, the imperfection of our world imposes compromise. Often we must accept a less than perfect situation-like Job perhaps. A man uses violence to protect his family. An impoverished woman steals food for her children. A spouse ends a relationship because of violence, unfaithfulness or lack of care. By denying the legalism that insists on always being right, Jesus allows honesty, caring compromise, and repentance that seeks God’s grace and renewal. Yes, human relationships fail and sometimes the only way to end hurt is to separate.

Similarly people leave churches and find new ones, not always for happy reasons.

When breakdown happens, in divorce, in church disunity, or otherwise, our response-though it is never easy and never cheap-should be the same as for any and all of our failures. With child-like faith, we say to our heavenly parent, "We have sinned against you in what we have done and in what we have failed to do. We repent, and we are sorry."

And our heavenly parent forgives, sets us free, strengthens us in all goodness, and keeps us in eternal life. Amen.