Baby photos can be embarrassing when rediscovered after fifty years, but not these fortunately! They have notes on the back, written by my mother, June. The top right snapshot, taken 5th December 1948, shows me in the arms of my mother’s mother, Judith (“Grandma Judy”), who is with her husband, Bill, and my other grandmother, Christina McKinlay (“Grandma Mac”). The boy with the teddy bear and the young gardener were photographed at Grandma Mac’s home in El Nido Grove Glen Huntly in 1950. 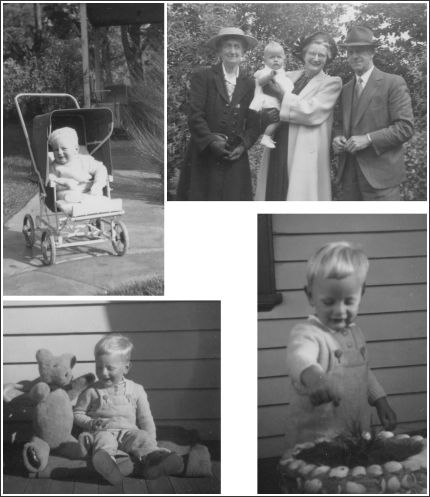 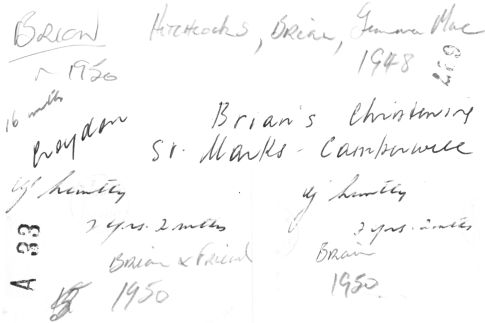 My mother’s note on the back of the family group says it was taken at my chistening at “St. Mark’s Camberwell” (in Melbourne). But my baptismal certificate says I was christened at “St. John’s Chapel” by Neale G. Molloy. The Revd. Canon Neale Molloy OBE (1911-2003) was a particular friend of my father and director of St John’s Home from 1940 until 1976.

St John’s Home for Boys was established in Canterbury Victoria in 1921. By 1958, the home had also began caring for young girls and changed its name to St John’s Home for Boys and Girls. I was born while my parents were live-in supervisors at St John’s home for older boys, St. Martin’s, while my father, recently returned from war service, was studying social work and education.