The best pizza James and I have ever eaten. 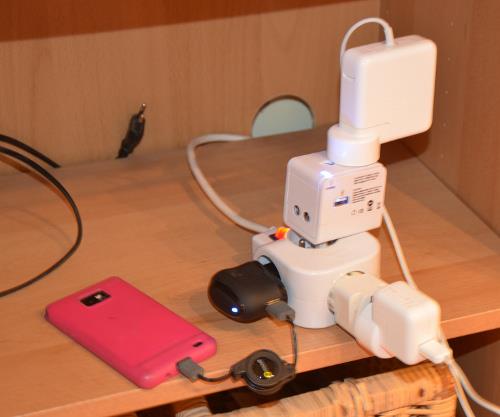 The Eiffel Tower said to James that he really was in Paris. 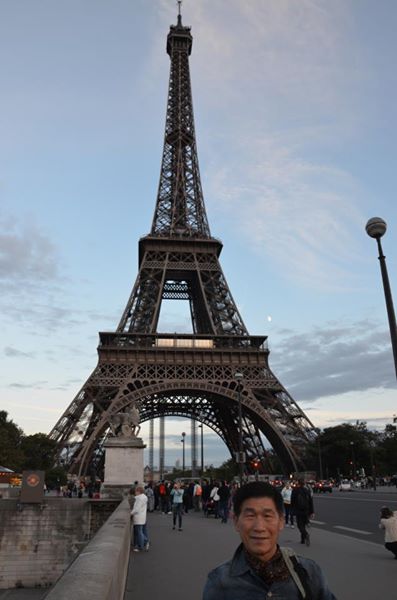 Of the hundreds of art works we saw in Paris, we both liked this: The Siesta, by Van Gogh (Musee de l’Orsay). 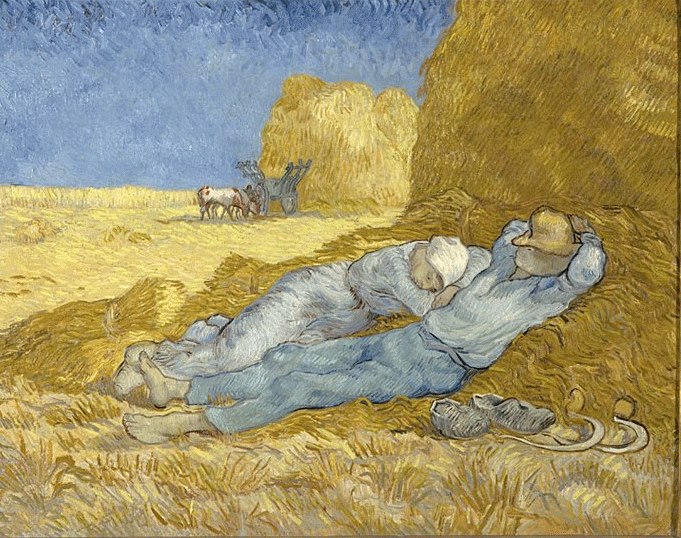 We were pleasantly surprised that we enjoyed much of the modern art galleries of the Centre Pompidou: they’ve collected the best of the best. 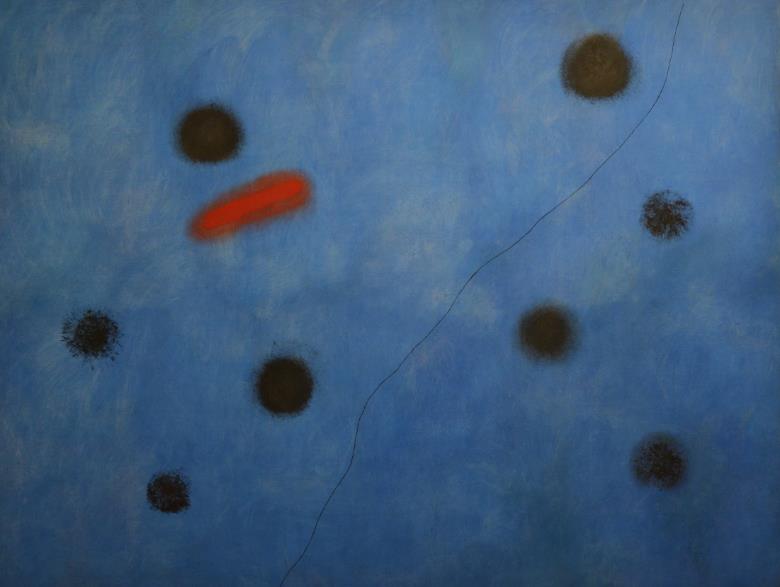 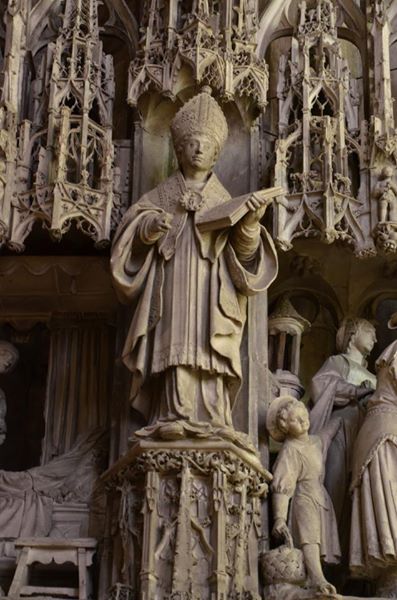 One of our greatest enjoyments was not in Paris, but the world heritage medieval town of Provins, 80 or so km from Paris. 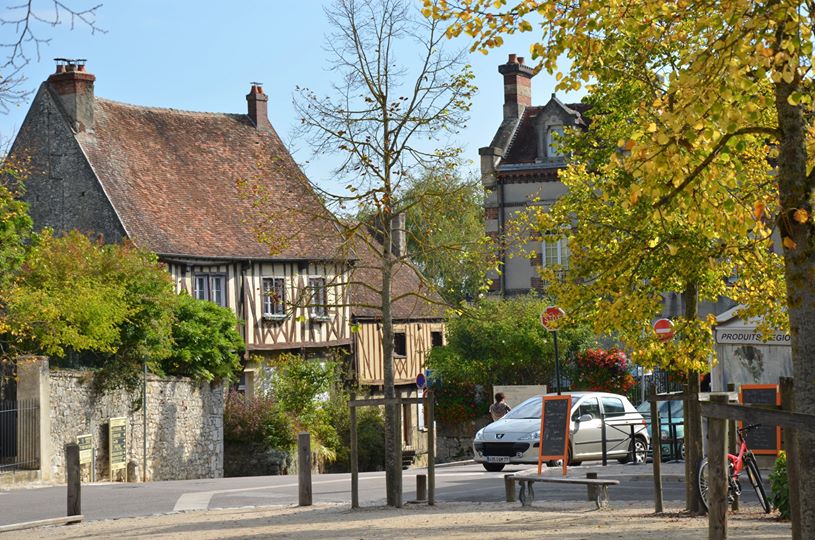 Eucharist at the American (Episcopal) Cathedral, a walk in the bright sunshine and a good Sunday lunch made a delightful end to our Paris sojourn. 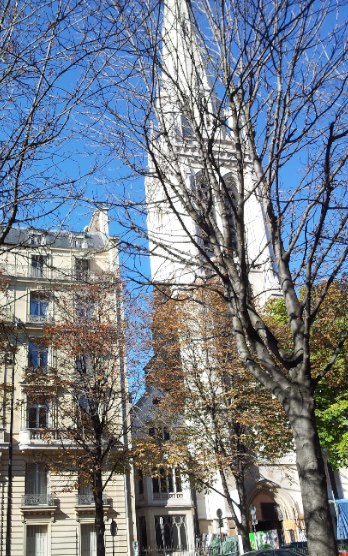 Paris was hard to leave: not so much “romantic” as endlessly fascinating and attractive. Next: Venice via Switzerland. 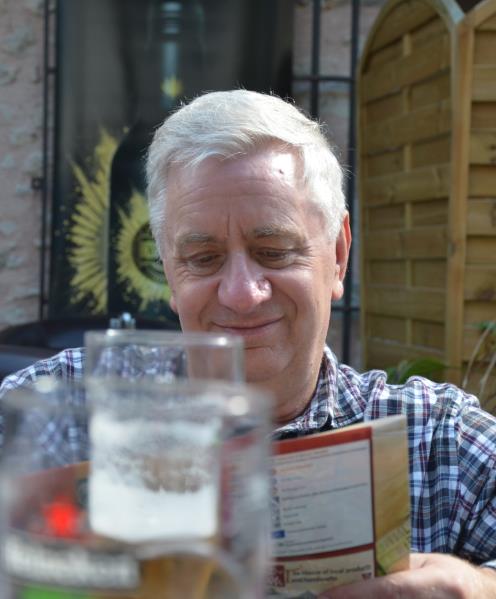 Hotel Drei Koenige in Chur, Switzerland. There was alpenhorn (!) practice happening in the room beside our hotel. So much for a nap after a 3.30am start that morning, but fun to listen to.

Hotel Albergo Acquarello.: Last night it was alpenhorn practice. Tonight, in Lugano after a glorious trip across the Alps on the Bernina Express, we have a funicular tramway passing under our bedroom.

Around the corner from where we stayed in Celestia, Venice — an intriguing, confusing, beautiful but rather expensive city. 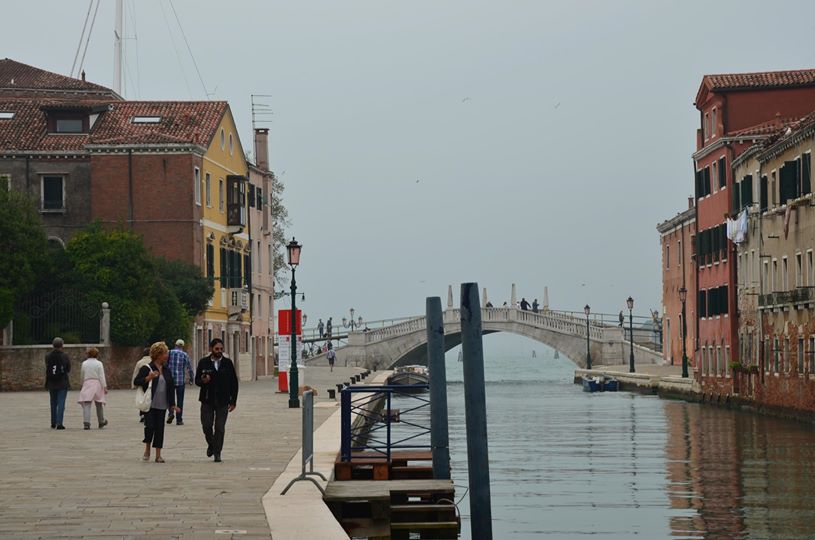 Sunday, 14 October 2012: Sienna, home of the Palio horse race, with the banners of the most recent winners proudly displayed. 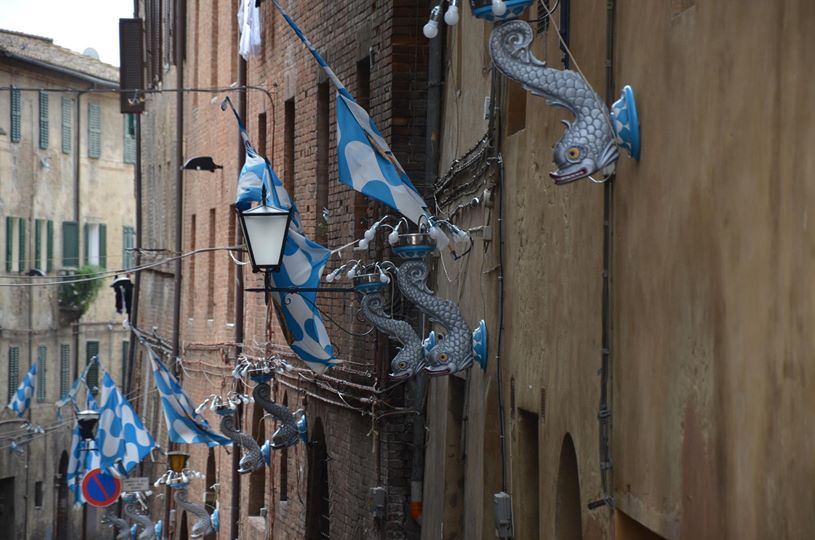 A coin for the fountain. 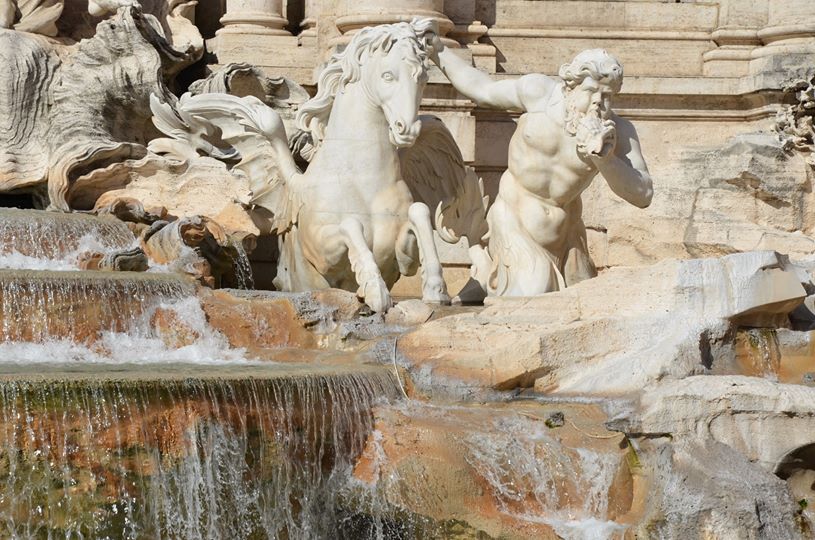 After a long queue, disappointed by St Peter’s Basilica: yes, it was large. Didn’t help that the better parts of the interior were roped off for a special mass. The staff had not a clue as to when it might reopen, but certainly not that day. Meanwhile, the famous square was a clutter of scaffolding, chairs and barriers. Yes, we visited the Sistine Chapel, but did not enjoy it. The crowding was oppressive, as were the voices of the domineering attendants constantly calling for silence an ‘no photos ‘. No doubt for good reason, the Chapel was ill li and gloomy. Want to admire Michelangelo’s work Find some good photos. Wan’t to contemplate? Find a garden.

Wednesday, 17 October 2012: Rest assured, the Vatican City is a nation well guarded: these gentlemen are deadly serious. Paris tidies its house, invites you in, soothes you and seduces you gently: Rome languishes in its ornate boudoir and makes its suitors do all the work. 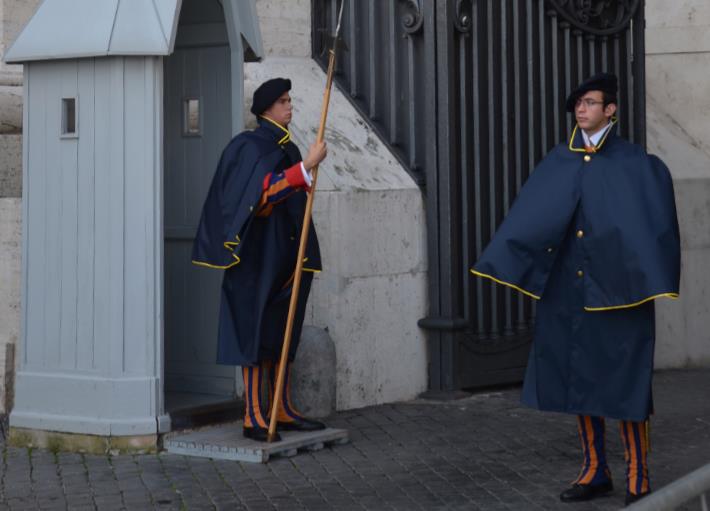 Wednesday, 17 October 2012: Of the many things in the Vatican Museums, this small Pieta by Van Gogh is for me the most memorable. 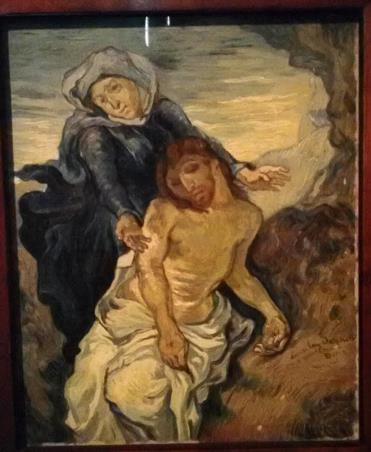 Thursday, 18 October 2012: On our last full day in Italy, a delightful day in Frascati and Castel Gandolfo in the hills near Rome – fresh air, great views and good food. The simple interior of this modest Basilica Cattedrale di San Pietro Apostolo in Frascati spoke more to James and me of the living presence of Jesus Christ amidst his people than all the great churches of Rome, St Peter’s included. 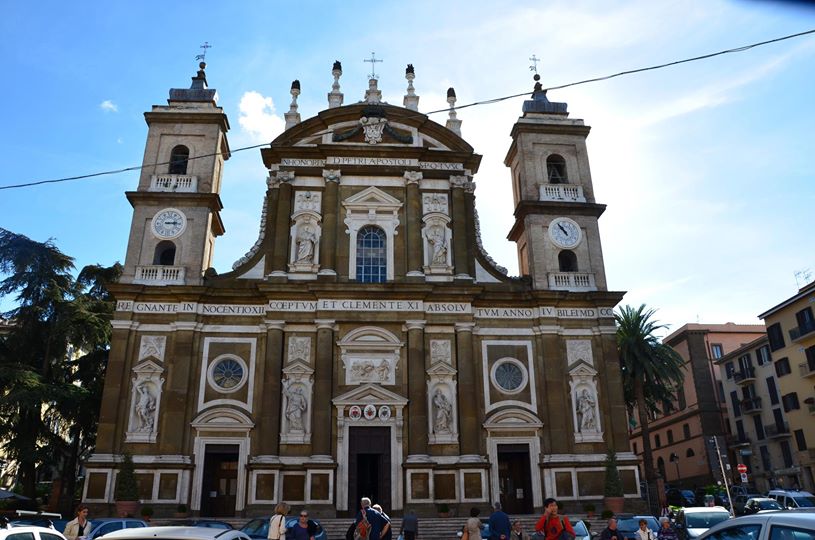 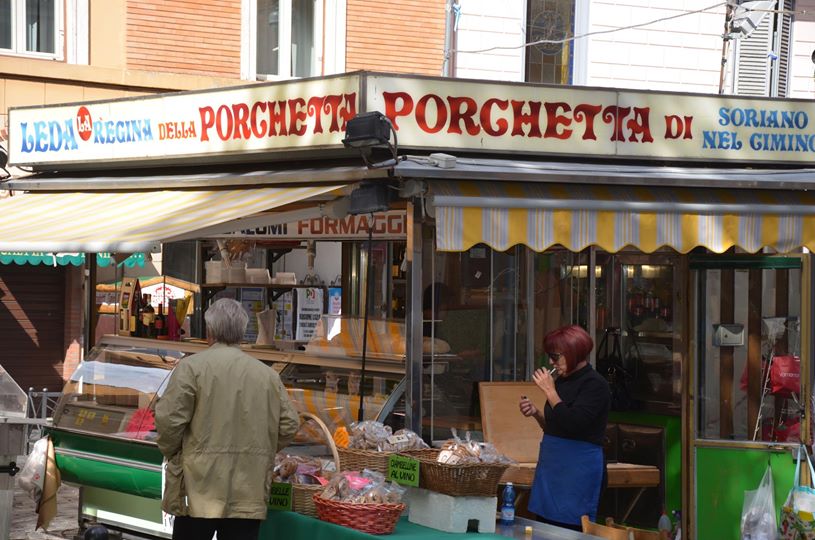 Saturday, 20 October 2012: With humidity in Barcelona at 85%-95%, I wonder whether my body or my clothes will ever be dry again. Evening drinks, dinner and music seem to start well after 9pm and nightlife way after midnight. No partying for us.

Sunday, 21 October 2012: Casa Batllo. Gaudí.: Gaudi is known for his artistry, but I have learned that he was also an innovative engineer and practical designer.

Monday, 22 October 2012: Barcelona, especially at the Mercat de la Boqueria, is a food paradise: at the moment it’s also the dampest place I’ve experienced in my whole life (tropical SE Asia included). This morning a visit to the Picasso Museum gave us a new understanding of his genius.

Tuesday, 23 October 2012: The light and color in the Sagrada Familia (Holy Family) Basilica are glorious. 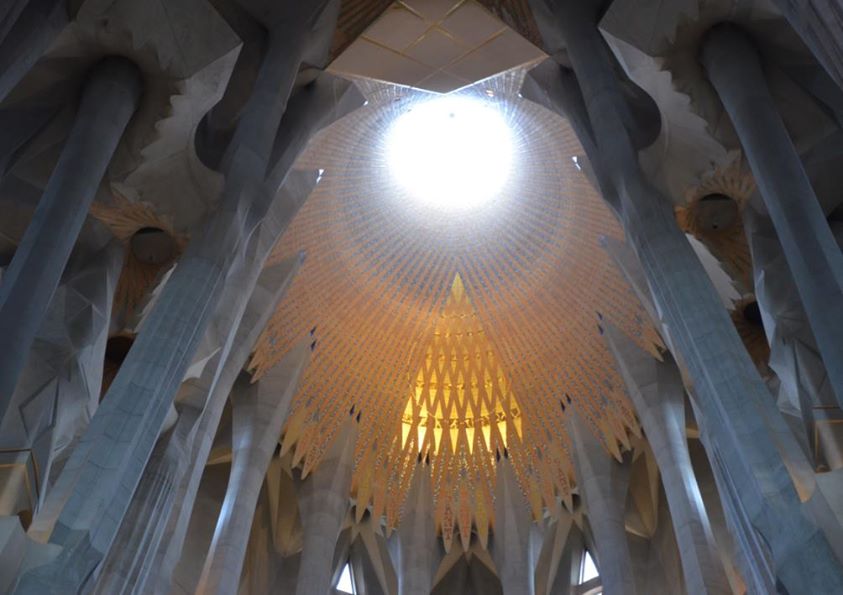 Tuesday, 23 October 2012: After a challenging day, lobster paella restored the strength and morale. 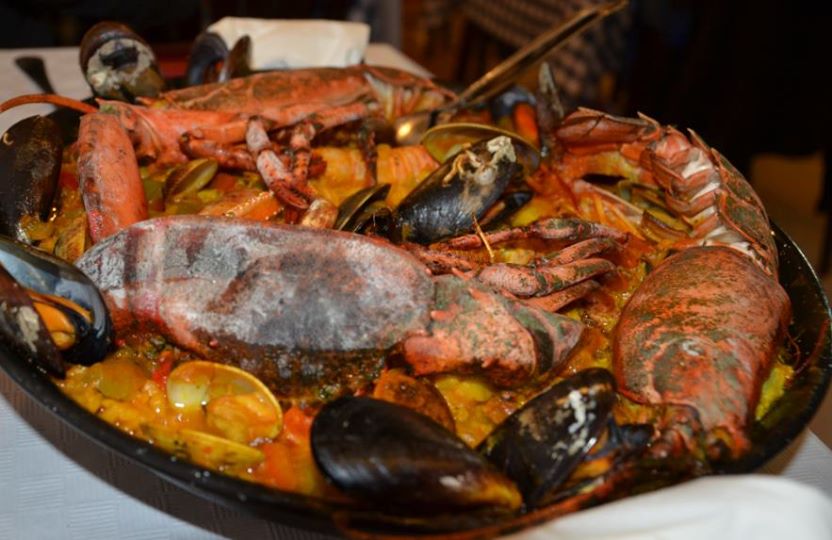 Thursday, 25 October 2012: No, the rain in Spain does not fall mainly on the plain. The bars below our apartment loudly proclaimed Barcelona’s deserved 2:1 victory over Celtic, but it was the constant nerve-shattering squabbling of just one woman that’s making this Barcelona laneway the noisiest street in which I’ve ever lived.

Friday, 26 October 2012: Sunshine (at last) and a relaxing seaside jaunt to Sitges, with lunch, of course. A canon at Sitges, one of a battery of six (so the sign boasted) that in a four-hour battle on 27 April 1797 prevented two English frigates from seizing four merchant vessels anchored under its shelter. This one has been retained against future need. 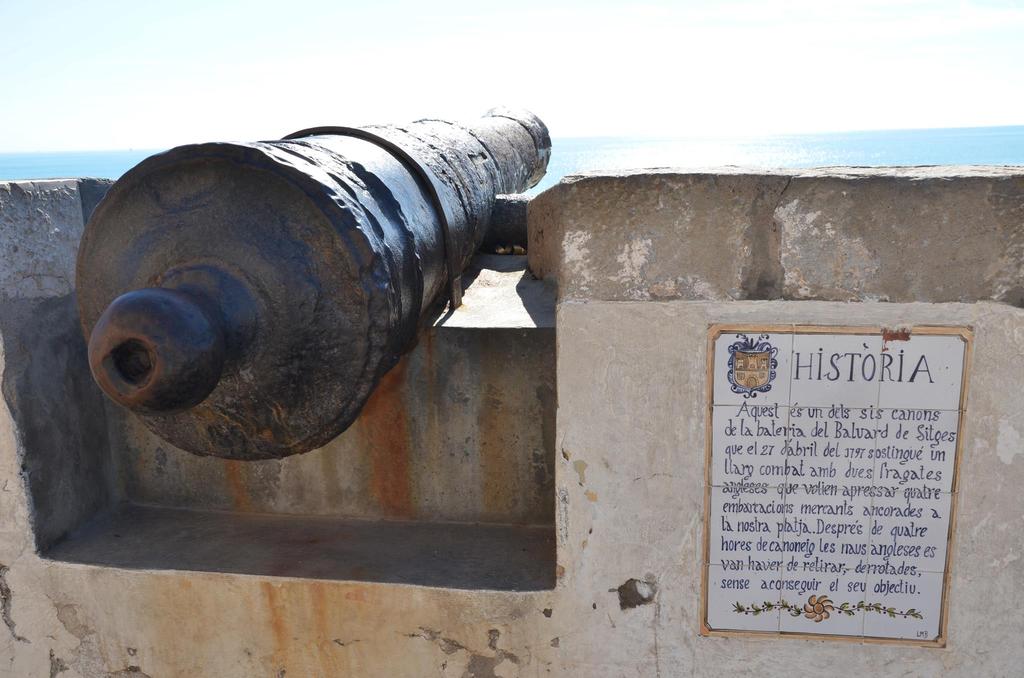 Friday, 26 October 2012: At Monserrat, famed for its views and hill top walks, we saw sensational mountain railways, the large monastery church, crammed to the walls with pilgrims, some reasonable statuary, rain, and … fog. Not a mountain view to be had. 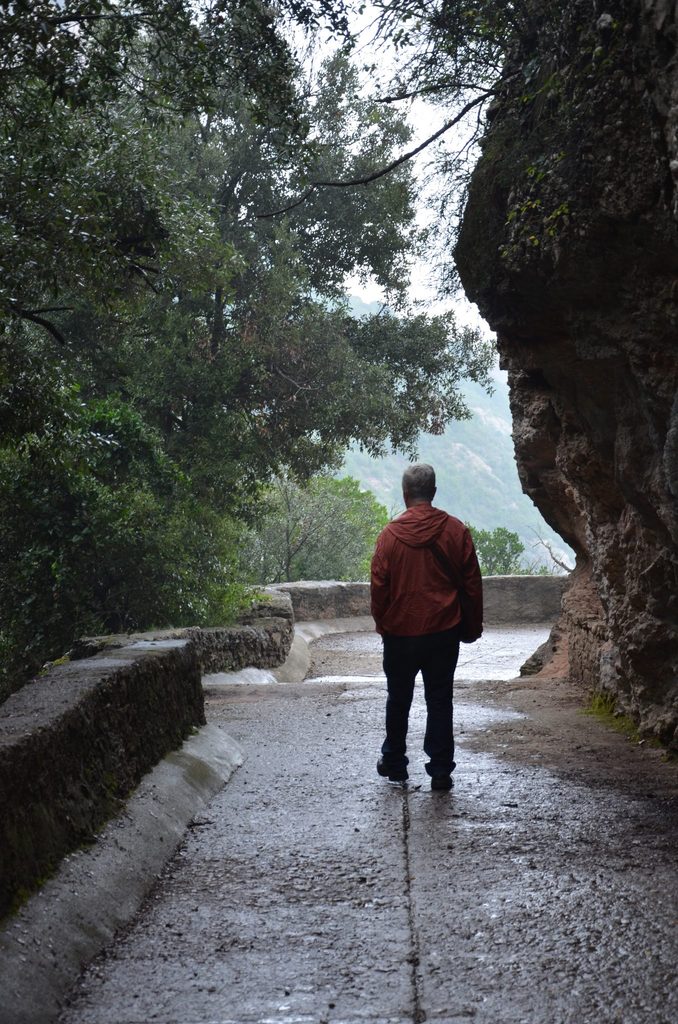 Saturday, 27 October 2012: Delightful homely apartment in Lyon, with a great view even on grey day. 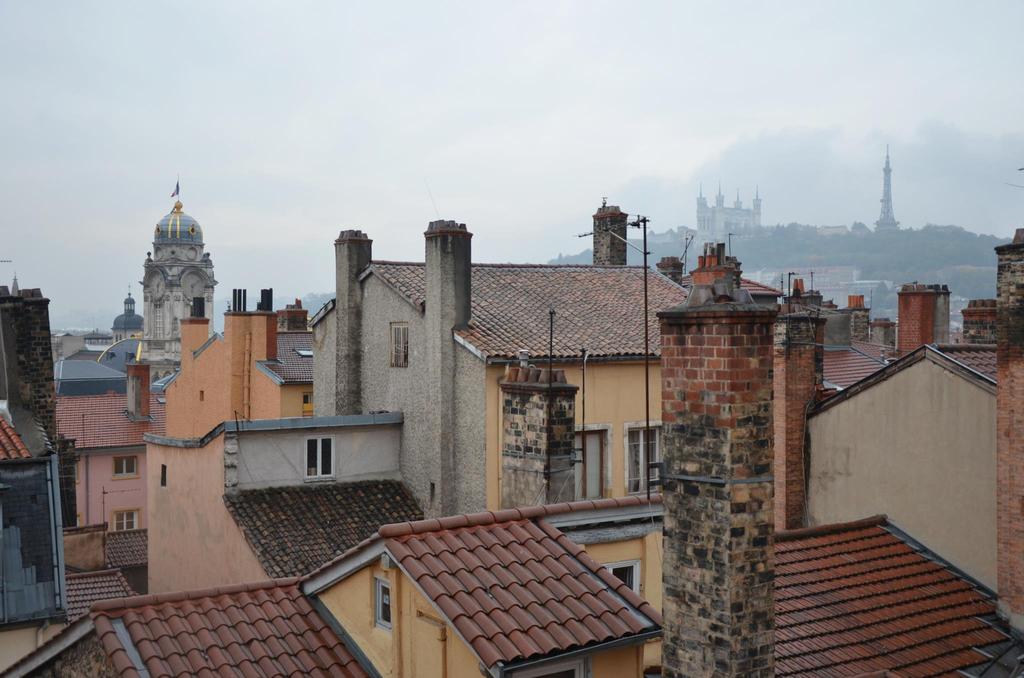 Saturday, 27 October 2012: The brass monkeys of Lyon were in great pain. Glad For the padded jacket bought in Korea – thin tee shirts one day, thick layers the next – we did venture out to see Lyon, snow or no. 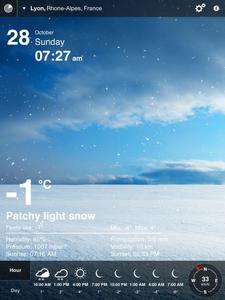 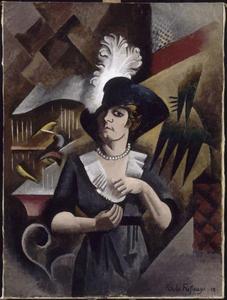 Friday, 2 November 2012: Curious goings-on in the huge Parc de la Tête d’Or, where we walked before departing for Amsterdam. 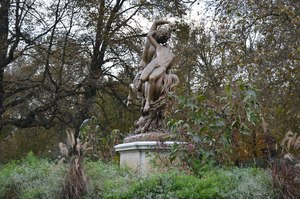 Saturday, 3 November 2012: Jordaan!: After a fast train journey from Lyon, ensconced in a fine canal-side Amsterdam loft apartment, with a thunderstorm outside.

We’d been in Europe almost two months, but I still didn’t know where to look when crossing a street: I feared death from a bicycle going the wrong way on a one-way street. I lost weight on our travels. At about 50c of expenditure per gram.

Much of central Amsterdam does look just a typical chocolate-box picture, but more lively, and greyer in Autumn. 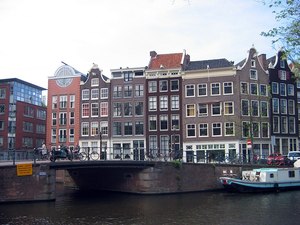 An Amsterdam visit must include van Gogh!. 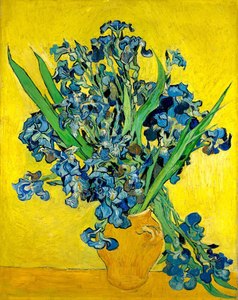 Fabulous but formal: the Royal Palace in Amsterdam. 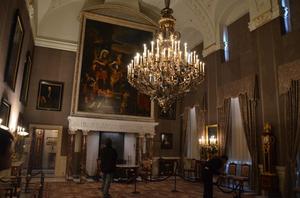 Autumn leaves soon blow away in Amsterdam’s chilly wind: a view from our window. 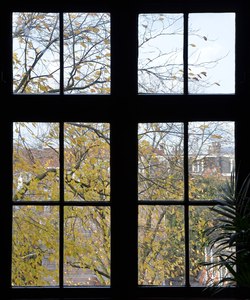 Sad that there are so few paintings by this glorious artist: Vermeer’s ‘The little street’. 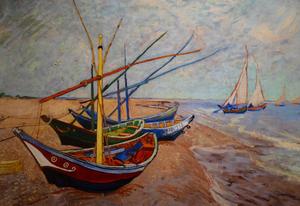 Too much Vincent van Gogh is never enough, yet just one painting floods the heart and mind: ‘Fishing Boats on the Beach at Saintes-Marie-de-la-Mer’.

A highlight of a dull and poorly-conducted excursion to Antwerp and Brussels was to taste Grimbergen brown beer in a friendly cafe on Brussel’s glorious Grand Square. 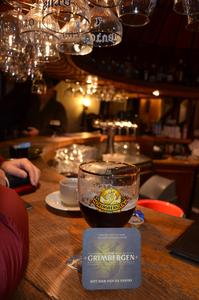