James and I have enjoyed several beach side holidays at Jomtien in Thailand. 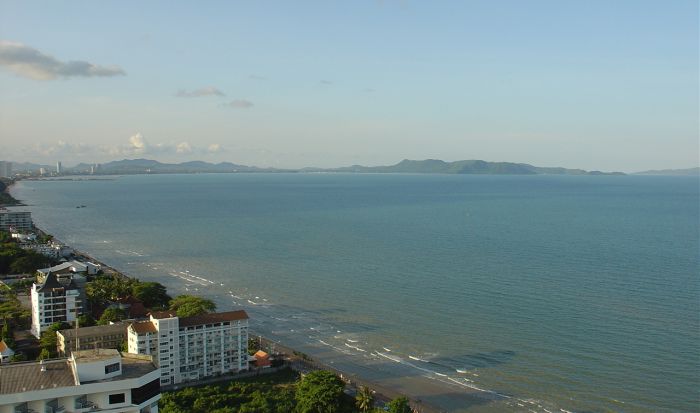 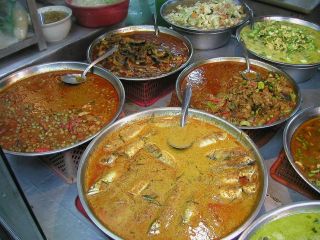 Most of the time swim in a pool or laze the day away under a beach umbrella. Simple local food is the order of the day, washed down with Australian wine that we take with us.

During our 2010 visit, despite the action by so-called Red shirt protesters in Bangkok, we were confident of being safe, as our plan was to miss the city all together by traveling directly from the international airport to the coast. The number of tourist arrivals to Thailand through Bangkok fell sharply, but visitors to Phuket were not deterred.

We saw the scenes on TV and in the papers, but there were others better able to comment on the protests and their aftermath, for instance by Richard Bernstein, or Seth Mydans. Reading Chris Baker and Pasuk Phongpaichit’s A History of Thailand (2nd edn, Cambridge Uni Pr, 2009 – 0521759153) made it plain to me that the present disharmony has roots deep in Thailand’s social, political and economic history. 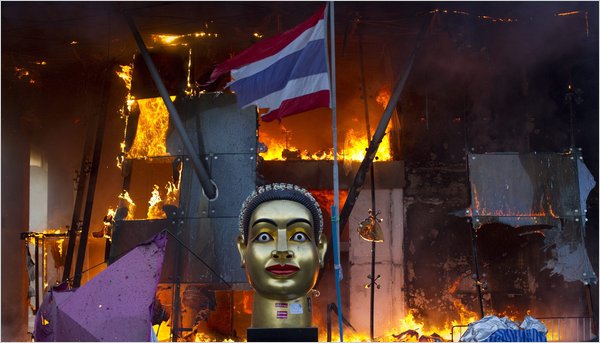 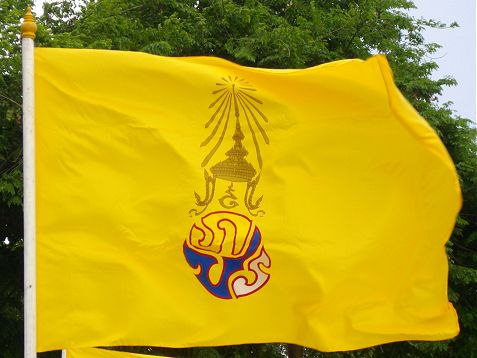 This is the personal flag of HM Bhumibol Adulyadej, King Rama IX. On earlier visits to Thailand, I saw it displayed everywhere as a symbol of personal loyalty to the monarch. This time, I noticed that it was much less common. During the recent crisis, the King was notably silent, even as the 60th anniversary of his coronation was celebrated. Although he is deeply respected, confidence in the King’s ability to have any influence on Thailand’s near future seems to have declined.

And yes, it is hot. In 2010 the newspaper reported record high temperatures in early May-up to around 40°C in Bangkok. But the killer was the humidity of up to 80%. We were comfortable enough, with sea breezes most days, but the sea water was actually hot at times and felt like a warm bath.