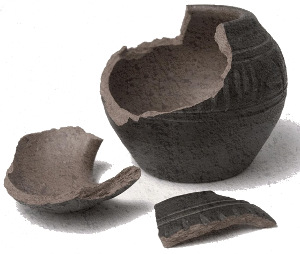 Paul Waldman of The Washington Post writes that the selection of retired Lt. Gen. Michael Flynn as National Security Adviser is "Donald Trump’s most terrifying appointment." Flynn has a history of making incendiary and Islamophobic statements that have drawn much crtiticism.

"Donald Trump has gone about picking his Cabinet and senior advisers in much the way one might have predicted. Instead of looking for people with the highest levels of experience, expertise, and competence, he seems to be making his choices based on criteria like who he’s seen on Fox News, or who praised him effusively, or who has a cool nickname. There may be no more dangerous choice Trump has made so far than picking Michael Flynn to be his national security adviser. There are few more important positions in the White House, and few where the wrong choice could have consequences quite as catastrophic. If we contemplate how President Trump might handle an international crisis—which he will face, probably before long—we see just how troubling Flynn’s appointment is. … But to put it plainly, Michael Flynn is a crackpot."

Waldman goes on to give abundant evidence of this.

The national security adviser coordinates policy between the multiple US agencies whose work touches on national security, so that that the president has the best, clearest, and most accurate information with which to make decisions. "For a President Trump’s unique combination of ignorance, inexperience, and impulsiveness, it’s particularly vital to have a national security adviser who can encourage calm and thoughtfulness, and not be distracted by what’s irrelevant or downright false. … When it comes to matters of national security, Donald Trump will not be like other Republicans. He’s likely to be reckless and foolish in ways we can’t yet predict. And people like Mike Flynn reinforce his worst instincts, including his own propensity to believe ludicrous conspiracy theories. … The only way Flynn will be replaced by someone less likely to push us toward some kind of disaster is if Trump decides to push him aside. There’s no indication yet that Trump is inclined to do so. But we had better hope he changes his mind."