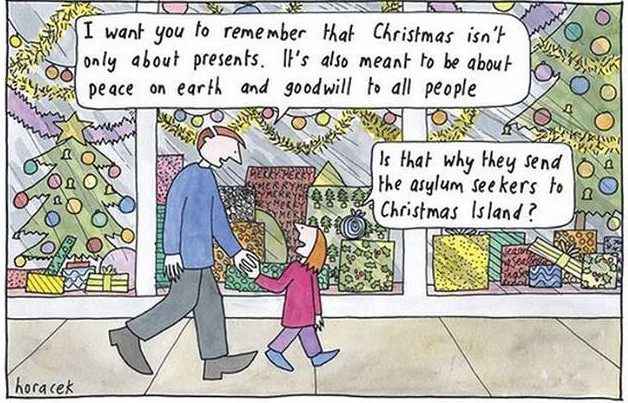 Sadly, all too current …

2001
We will decide
Who comes into this country-
And the circumstances
In which they come. [Prime Minister John Howard, Liberal Party election campaign launch, 28 Oct 2001.]

the two-beat lines that got us going –
except line 3 which had its extra
fist banged on the table.

Note the subtle half-rhyme, too,
‘country’ matched with ‘come’
and how the preposition ‘in

assumes its proper place.
Like most great poetry, of course,
it’s mainly made from echoe

“We shall fight them on the beaches . . .”
Like all such deathless works of art
it’s shivering with myth:

the golden hordes who spoil our sleep
across two centuries,
the bard far back with lyre and smoke

declaiming his alliterations,
the ancient battles of his race
with dragons, gods and men.

No wonder, then, that those who might
have shown us something else,
defeated now by poetry.

had nowhere left to turn.