From the Vatican, an authoritative answer to a Really. Important. Question.

Actually, I rather like the answer, especially when Fr. McNamara urges circumspection when decorating churches and says that, “It is unnecessary … to fall under the spell of commercial enterprises which tend to anticipate the Christmas season.”

When to Set Up Christmas Decorations, answered by Father Edward McNamara, professor of liturgy at the Regina Apostolorum Pontifical University.

Q: What would you consider an appropriate time during Advent to put up Christmas trees, ornaments, lights and other decorations in churches and Christian homes? 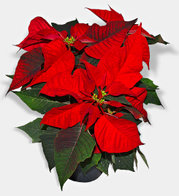 This question is simple only in appearance because customs surrounding the celebration of Christmas vary widely among different cultures.

From a strictly liturgical standpoint the preparations for receiving the Christ Child intensify from Dec. 17 onward and this is probably a good time to set up the parish crib, except for the image of the child, which is often added just before Midnight Mass in more or less solemn fashion. Other parishes prefer to set up the crib on Christmas Eve. There are no official rites regarding this widespread custom. In those places that use the Advent wreath, it is placed on the first Sunday of Advent. …e

Dec. 17 or the nearest Sunday might also be a good date to set up Christmas trees and other decorations in Christian homes, but it really depends on local custom and tradition. It is unnecessary, however, to fall under the spell of commercial enterprises which tend to anticipate the Christmas season, sometimes even before Advent begins.

Because some Christmas decorations have often lost their original religious meaning, churches should be rather circumspect about employing them and should do so with great discretion. If used at all, these decorations are best set up on Christmas Eve so as to respect the integrity of the Advent season.

Christmas trees are preferably located outside the sanctuary and church proper, and are best left in vestibules or church grounds. This has been the practice in St. Peter’s Square from the time of Pope John Paul II.

As far as possible, decorations should be religiously themed, leaving plastic reindeer, sugar canes and Santa Clauses in the local shopping mall or at least within the confines of the parish hall for children’s events.

Within the church proper, apart from the crib, Christmas may be evoked by using, for example, traditional poinsettias, holly and other traditional elements according to the culture. As I mentioned, different cultures celebrate Christmas in various ways.