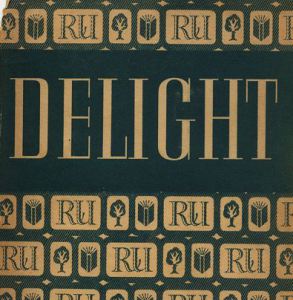 At the end of a long talk with a youngish critic, a sincere fellow whose personality (though not his values) I respect, he stared at me and then said slowly: ‘I don’t understand you. Your talk is so much more complicated-subtle-than your writing. Your writing always seems to me too simple.’ And I replied: ‘But I’ve spent years and years trying to make my writing simple. What you see as a fault, I regard as a virtue.’
There was now revealed to us the gulf between his generation and mine. He and his lot, who matured in the early ‘thirties, wanted literature to be difficult. They grew up in revolt against the Mass Communication antics of their age. They did not want to share anything with the crowd. Writing that was hard to understand was like a password to their secret society. A good writer to them was one who made his readers toil and sweat. They admired extreme cleverness and solemnity, poets like political cardinals, critics who came to literature like specialists summoned to a consultation at a king’s bedside. A genuine author, an artist, as distinct from hacks who tried to please the mob, began with some simple thoughts and impressions and then proceeded to complicate his account of them, if only to keep away the fools. Difficulty was demanded: hence the vogue of Donne and Hopkins. Literature had to respond to something twisted, tormented, esoteric, in their own secret natures.

In all this there was no pose; and here their elders went wrong about them. They could be accused not unjustly of narrowness and arrogance, but not of insincerity. They were desperately sincere in believing that the true artist must hide from the crowd behind a thicket of briers. They grew up terrified of the crowd, who in this new Mass Age seemed to them to be threatening all decent values.

But I was born in the nineteenth century and my most impressionable years were those just before 1914. Rightly or wrongly, I am not afraid of the crowd. And art to me is not synonymous with introversion. (I regard this as the great critical fallacy of our time.) Because I am what is called now ‘an intellectual’-and I am just as much ‘an intellectual’ as these younger chaps-I do not feel that there is a glass wall between me and the people in the nearest factories, shops and pubs. I do not believe that my thoughts and feelings are quite different from theirs. I prefer therefore a wide channel of communication. Deliberately I aim at simplicity and not complexity in my writing.

No matter what the subject in hand might be, I want to write something that at a pinch I could read aloud in a bar-parlour. (And the time came when I was heard and understood in a thousand bar-parlours.) I do not pretend to be subtle and profound, but when I am at work I try to appear simpler than I really am. Perhaps I make it too easy for the reader, do too much of the toiling and sweating myself.

No doubt I am altogether too obvious for the cleverest fellows, who want to beat their brains against something hard and knotty. But then I am not impressed by this view of literature as a cerebral activity. Some contemporary critics would be better occupied solving chess problems and breaking down cyphers. They are no customers of mine, and I do not display my goods to catch their eye. But any man who thinks the kind of simplicity I attempt is easy should try it for himself, if only in his next letter to The Times. I find it much easier now than I used to do, but that is because I have kept this aim in view throughout years of hard work.

I do not claim to have achieved even now a prose that is like an easy persuasive voice, preferably my own at its best; but this is what I have been trying to do for years, quite deliberately, and it is this that puzzled my friend, the youngish critic, who cannot help wanting something quite different. And this habit of simplification has its own little triumphs. Thus, I was asked to pay a birthday tribute, on the air, to C. C. Jung, for whose work and personality I have a massive admiration. To explain Jung in thirteen-and-a-half minutes so that the ordinary listener could understand what the fuss was about! My friends said it could not be done. The psychologists said it could not be done. But I can reasonably claim, backed by first-class evidence, that I did it. It was a tough little task but when I had come to the end of it, I found, like honey in the rock, a taste of delight.