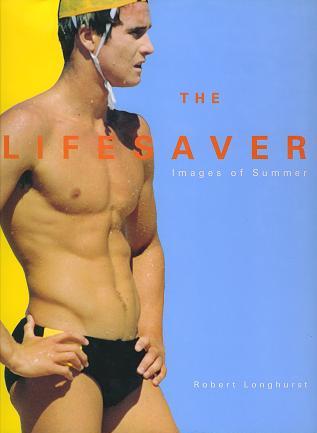 This has long been the iconic image of the Australian surf lifesaver: white, Anglo and, presumably, straight.

Surf Life Saving Australia has more than 300 clubs, but just 5 per cent of its membership comes from a non-English speaking background, even though 28 per cent of Australians were born overseas. It is working to change that. The Cronulla riots have definitely accelerated the process. But it’s a challenge to overcome ingrained prejudice in beach culture. 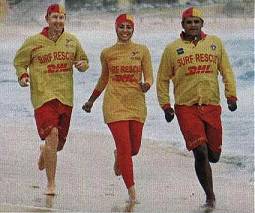 Muslim women are now training and on duty as lifesavers, with newspapers as far away as Scotland (not noted for its sunshine and surf) declaring that the burqini-clad lifesavers like Ms Mecca Laalaa are “turning the tide on racism”. They are joining young Muslim men. “Surf’s up for Australian Muslims” is the BBC’s headline. Thankfully, action following the riots of last year is having a desirable effect. 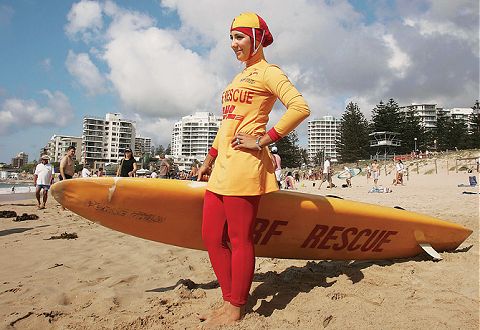 This image has been much published lately. A burqini or burkini is a type of swimsuit designed by Lebanese Australian Aheda Zanetti and sold through her Ahiida brand name. The suit covers enough for the modesty desired by Muslim women, yet is light enough for safe, strong, swimming. It’s made of light swimsuit material and comes in loose-fitting and closer-fitting versions. The polyester suits were designed to accord with Islamic laws that require women to dress modestly and to eliminate the risk of drowning when the yards of fabric used in traditional burqas get soaked. The suits, pioneered by two Muslim women on opposite sides of the globe, are like lightweight, loose and hooded hiding everything but the face, hands and feet. Australian Aheda Zanetti, was inspired to design her Burqini after watching young Muslim girls struggle to play netball in bulky layers. “I’m a very small business with a product the whole world wants,” says Zanetti. Non-Muslims are interested, too, including conservative Christians, cancer patients, burn victims and seniors.

Time says that some Muslims are critical, as well as anti-Muslims and feminists.

“This is like playing a game with Allah,” asserted a poster on the website ShiaChat, complaining that the stretchy fabric reveals curves. Zanetti’s design has also brought out anti-Muslim sentiment since she’s become a high-profile member of the Islamic community. She has been called a terrorist online; she says she has even received a death threat. Some feminists charge that burqas in any form are offensive to women. “Clearly you’re not considered a full human being if you’re mandated to cover yourself head to toe in this tent,” says Taina Bien-Aimé, executive director of Equality Now, the international women’s-rights watchdog.

Now lifesavers are marching in the Mardi Gras parade, alongside other services, making speedo uniforms ‘official’. (picture by Morgan Carpenter) 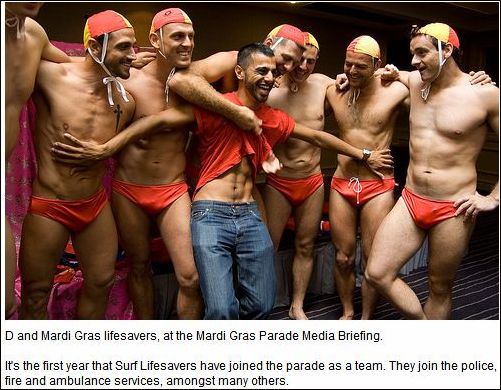 I Like what Ms Sabet (who also makes a burkini style suit) says. “I know it sounds like an oxymoron,” says Sabet. “But this is really about freedom.”

And that’s the point. The beach, above all, is a place of freedom to mix together, all ages races and types, whether they wear a burqa or budgie-smugglers.