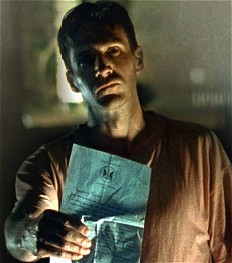 I highly recommend The Constant Gardener. It looks glorious and the acting is very fine. The story does have some oddities; evidence the differing response of these New York reviewers.

A frenzied adaptation of a John le Carré novel, if that is not a contradiction in terms. Ralph Fiennes plays a refined but bumbling British diplomat who arrives in Kenya with his belligerent new wife (Rachel Weisz). Impatient with niceties, she goes after the pharmaceutical giants, who are testing a new drug and covering up the results. When she dies, apparently in an accident, her loving and uncomprehending husband is forced to retrace her steps and rekindle some of her fire. The movie is a curious, roiling mix of genres that stirs marital romance into a heated indictment of a vast, conspiratorial crime. Thriller junkies will find it tempting but fragmentary; how is one supposed to take a car chase that ends with both drivers getting out for a chat? The director is Fernando Meirelles, who has imported the busy style of his last picture, City of God, and given it an extra jolt; the images of Africa, forever in hot pursuit of one another, leave you not so much exhilarated as exhausted, long before the story is done. With Danny Huston and a mischievous Bill Nighy.

In The Constant Gardener, Fernando Meirelles’s excellent adaptation of John le Carré’s novel, Ralph Fiennes plays Justin Quayle, a British diplomat whose main qualities seem, at least at first, to be diffidence, his interest in gardening and a fumbling, self-effacing kindness. His words half swallowed, his features perpetually tinged with guilt, Justin is temperamentally unsuited to being the hero of a globe-trotting political thriller, which is part of why The Constant Gardener is an unusually satisfying example of the genre. Another reason is that Mr. Meirelles’s film actually bothers to say something about global politics. In pointedly applying President Bush’s phrase “axis of evil” to multinational corporations rather than to rogue states, the movie shows a willingness to risk didacticism in the service of encouraging discussion. This is a supremely well-executed piece of popular entertainment that is likely to linger in your mind and may even trouble your conscience. Which is only proper, since the theme of the film, as of Mr. le Carré’s novel, is the uneasy, divided conscience of the liberal West.