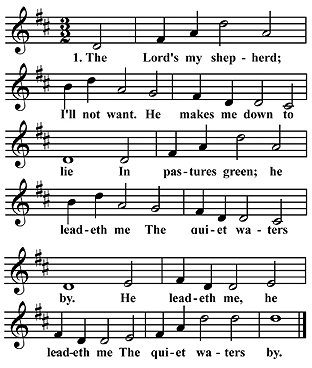 When Psalm 23 is set, I much prefer Brother James’ Air, as a relief from deary Crimond. Brother James’ Air is a setting of a familiar Scottish hymn tune. Written by James Leith MacBeth Bain, or ‘Brother James,’ as an accompaniment for the 23rd Psalm, it was first printed in London in 1915. Originally titled Marosa to honour the seventh daughter of a friend whom he had christened, the melody eventually came to be known by its present name.