St. Philip’s 2006 celebration of the combined festival of All Souls and All Saints included Joseph Haydn’s eucharistic setting, the Missa brevis Sancti joannis de Deo in B♭(Hob. XXI 1.7), often called the “Little Organ Mass”. I sang in the choir.

Saint John of God (1495-1550), after whom the Mass is named, was the founder and patron of a religious order of brothers committed to the care of the sick and dying, now known in English as the Brothers of St. John of God and in German as the Barmherzige Brüder (Mercy Brothers). The Brothers have long had a hospital at Eisenstadt in Austria. It was there that the Esterhazy family, Haydn’s patrons, were generous supporters of the Order. 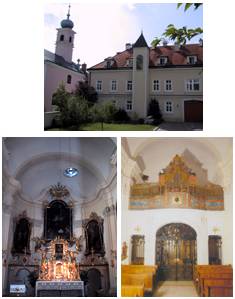 The Mass was written for the Order’s modest monastery church that still stands in the grounds of the modern Eisenstadt hospital. Unlike may mass settings composed for concert performance, this Missa Brevis is for use in church. Haydn may have written it as thanks for kind treatment by the monks of the hospital.

As the organ loft of the monastery church is very small, the number of musicians and singers was limited, and Haydn’s score had to be small in scale. Typically such short masses use a small orchestra (such as two violins and bass) and a four-part choir. The name “Little Organ Mass” comes from the organ solo in the Benedictus, which also has the only voice solo, for soprano. The other movements are for four-part choir chorus, violins and bass.

Fourteen masses by Haydn survive, including two fragments found in the last fifty years or so. He composed four, possibly five, short masses. The Missa brevis Sancti Joannis de Deo was his last in this form and probably dates between 1775 and 1778. 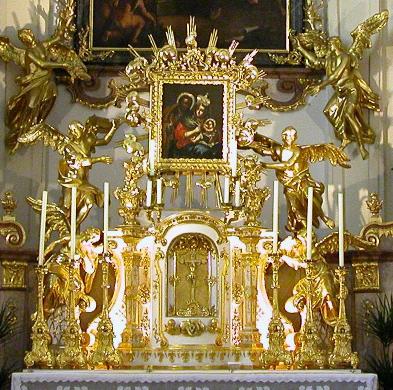 The text of the Missa brevis, as with many musical settings of the Eucharist, is from the Ordinary of the Mass, the part of the Mass that is always sung or recited. These words are used in both the Roman Catholic Mass and in Anglican Holy Communion Services – such as the Second Order Holy Communion service of An Australian Prayer Book.. Thus Haydn’s setting is in the usual six section Kyrie, Gloria, Credo, Benedictus, Sanctus and Agnus Dei. But it also follows the common practice of the Missa brevis with compacted versions of the Gloria and Credo, in which phrases are allowed to overlap, making the text (in any case in Latin) sometimes difficult to follow.