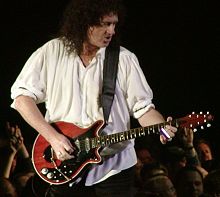 At the age of 60, Brian May CBE, formerly lead guitarist of rock band Queen, completed a doctorate in astrophysics—more than 35 years after first quitting his studies to become a rock performer. 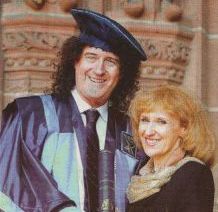 His thesis, Radial Velocities in the Zodiacal Dust Cloud, was submitted to Imperial College, London. May co-wrote Bang! The Complete History of the Universe with Patrick Moore and Chris Lintott, which was published last year. He is already a ‘doctor’, as he holds honorary Doctor of Science degree from Exeter University, awarded on 10 July 2007 in recognition of his work in music and in precise yet popular explanation of science.

Dr May has also been made an honorary fellow of John Moores University, Liverpool, for his services to astronomy (left).

All this has been widely reported and I’m no great fan of Queen or similar music. But I’ve pasted this here, as reminder to never let go of one’s dreams.