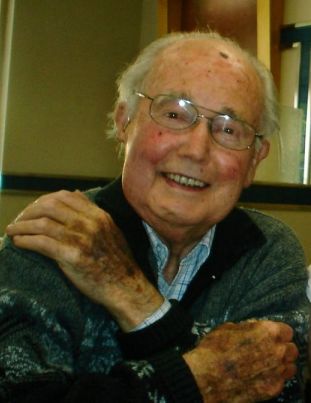 In Victoria, a special event acknowledged some of Melbourne’s longest serving Christian leaders. I was delighted that among them was my late friend of forty-five years, the Revd Richard J. Holland. Young people at the special celebration honoured the senior pastors by washing their feet. Richard is seated on the right in this picture; next to him is Revd Kevin Conner, who succeeded Richard as Senior Minister at Waverley Christian Fellowship.

Richard closed the gathering in prayer and and said “In my eighty-eight years, I have not experienced a meeting such as this.”

Richard was officially retired but was still active in preaching, and in counselling and guidance for other church leaders. 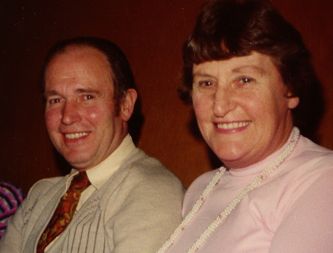 In this snapshot, taken years ago, Richard is with his late wife, Gary. Richard was senior minister of the then Waverley Christian Fellowship during my more than twenty years as a member there. He was an uncle to me and cared for me when I most needed help. When I joined, the fellowship had about forty members. When I left to move to Canberra in 1986, there were 600-700. Much of my time there, I served as a deacon.

Richard was like an uncle to me and, with my parents, a spiritual mentor and counsellor. He taught me much, of the Bible especially. When I was seriously ill, he supported and encouraged. When I had well recovered, he entrusted me with church work and ministry.

Now named CityLife Church and led by Mark Conner, the non-denominational fellowship Richard established in 1967 is Melbourne’s largest church, with an average weekly attendance of nearly 5,000.

Mark Conner writes that Richard lived a full life and that “Richard lived his life in the light of eternity.” That is true. Richard loved God and loved God’s people. I cannot think of single person he didn’t like.

I honour him and give thanks for his life of love and service.