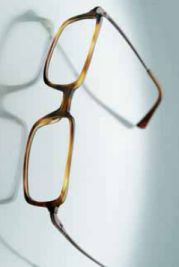 Apparently sexual orientation affects how we navigate and recall lost objects. An international team of researchers, led by Professor EA Maylor of the University of Warwick, have found that sexual orientation has a real effect on how we perform mental tasks such as navigating with a map, but that old age does not discriminate on grounds of sexual orientation and withers all men’s minds alike just ahead of women’s.

For a number of tasks the researchers found key differences across the range of sexual orientations. For instance in mental rotation (a task where men usually perform better) they found that the table of best performance to worst was:

However age was found to discriminate on gender grounds but not sexual orientation. The study found that men’s mental abilities declined faster than women’s and that sexual orientation made no difference to the rate of that decline either for men or women.

The published paper i EA Maylor, S Reimers, J Choi, ML Collaer, M Peters & I Silverman. Gender and sexual orientation differences in cognition across adulthood: age is kinder to women than to men regardless of sexual orientation. Archives of Sexual Behaviour, 36(2):235-249, April 2007.
Abstract:

Despite some evidence of greater age-related deterioration of the brain in males than in females, gender differences in rates of cognitive aging have proved inconsistent. The present study employed web-based methodology to collect data from people aged 20-65 years (109,612 men; 88,509 women). As expected, men outperformed women on tests of mental rotation and line angle judgment, whereas women outperformed men on tests of category fluency and object location memory. Performance on all tests declined with age but significantly more so for men than for women. Heterosexuals of each gender generally outperformed bisexuals and homosexuals on tests where that gender was superior; however, there were no clear interactions between age and sexual orientation for either gender. At least for these particular tests from young adulthood to retirement, age is kinder to women than to men, but treats heterosexuals, bisexuals, and homosexuals just the same.