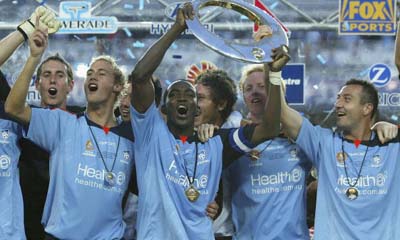 In the words of David Lewis, writing in the Courier Mail and elsewhere, "Forget the floats and feathers of the 2006 gay and lesbian Mardi Gras, the most eye-catching show in [Sydney] town was the grand final between Sydney FC and Central Coast Mariners."

I’m not a great sports fan. But I was happy that the A League has restored sucess and sanity to top-level football in Australia. Next, the World Cup!

Since there’s no Canberra team, I am a bit sorry that the Melbourne Victory ended up second-last on the ladder. (New Zealand Knights were last and Adelaide topped the home-and-away series.) 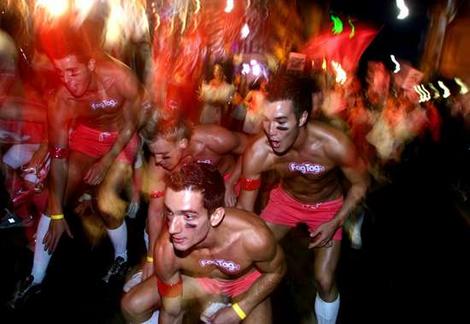 But you’d have to say the Mardi Gras parade had its moments, too! (SMH photo.)”