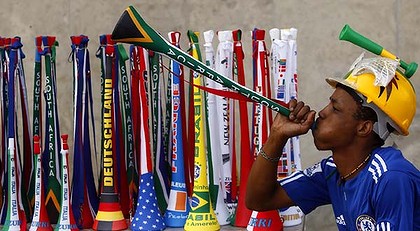 The most likely candidate to ruin the 2010 World Cup experience for the entire planet was this, the vuvuzela, a plastic version of an allegedly traditional instrument with, according to Wikipedia, a constant single note of B flat. A small curse on the South African Football Association which, in a community-building project, helped manufacture the coloured plastic trumpet and also persuaded FIFA that vuvuzelas were essential for an authentic South African football experience. The result is a constant steady loud buzz that makes it nearly impossible for players to hear each other and for TV viewers to hear the commentators. 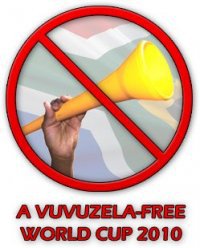 The Chief Executive Officer of the 2010 FIFA World Cup, Dr Danny Jordaan, idiotically proclaimed that 2010 "will be the loudest World Cup ever".

Local culture? So it seemed. Hospitable? Not at all.