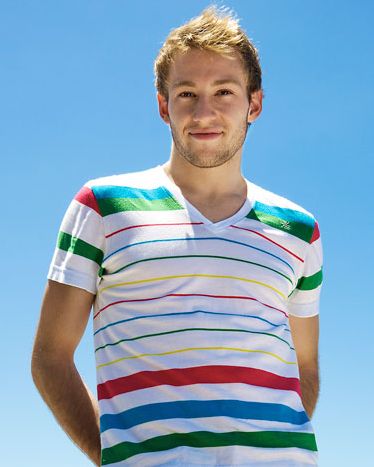 Matthew Mitcham began to to fill Ian Thorpe’s size 17 shoes in the way he caught the imagination of sporting journalists and award-givers. He won or has been in the running for a slew of awards. He was joint winner of the Sport Australia Hall of Fame‘s 2008 Don Award, which recognises the sporting achievement of the year that most inspires the nation. Mitcham is one of eight finalists in the 2008 Fairfax Sports Performer Awards, in the category of Sports Performer of the Year.

On 14 Dec 08, the BBC will name its sports personality of 2008. British bookies are offering odds favouring F1 one world champion Lewis Hamilton. The Age comments that in the international section it will be hard to go past the likes of sprinter Usain Bolt. But Guardian columnist Richard Williams nominates Mitcham.

If the BBC’s sports personality of the year award were run along the lines of the Booker Prize, with the nominations opened up to include entries from the Commonwealth and Ireland, there would be no doubt about my choice – and it would not be Rebecca, Lewis, Chris, Theo, Nicole or the other Rebecca. Or even Usain Bolt, come to that. It would be a young Australian who distinguished himself while the Beijing Olympics were drawing to a close.

When the 20-year-old Matthew Mitcham stood on the 10-metre diving platform for the sixth and last time in the Water Cube, he needed a massive score to overtake the shoo-in favourite, China’s Zhou Luxin. What he produced was a difficult dive – a back two and a half somersault with two and a half twists – executed so precisely that it won perfect 10 scores from four judges and a total mark of 112.10, the highest in Olympic history. It gave him Australia’s first diving gold medal since 1924 and it broke China’s lock on the discipline, restricting them to a mere seven gold medals out of a possible eight. One hesitates to imagine the fate of poor Zhou, whose pleas that he had been vanquished by a moment of genius may have fallen on deaf ears.

[There was] admiration felt by those fortunate enough to witness him turning and twisting and cleaving the water with such grace and exactness. In a year of sporting wonders, particularly for the British, no single incident distilled sporting perfection quite as magnificently.

Photograph by John McRae for SX.