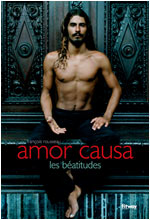 French photographer François Rousseau has produced an attractive book and online series of photographs imagining the coming of the Christ to the slums of Rio de Janeiro. With street scenes and portraits and using the text of the Beatitudes, Rousseau imagines Christ in Ochina, Rio’s largest favela of about 200,000 inhabitants.

Supported by the French Association for Artistic Action (AFAA), the Maison de France cultural centre in Rio, and the Cultural Affairs office of the French Consulate, the project is presented in a book published by Fitway. Martin du Louvre gallery will present the photographs at its stand in the 2006 international art fair Art Paris. Proceeds from the book will be donated to ASPA, (Acción Social Padre Anchieta) a non-government body that works in the Rochina slum.

However, French advertising standards watchdog, Le Bureau de Vérification de la Publicité (‘an advertising self-regulation organisation’) controversially banned the advertsing campaign for the project “Au regard des dispositions déontologiques en vigueur, ces projets ne peuvent pas (. . .) être finalisés en l’état, car ils sont de nature à heurter les convictions religieuses d’une partie du public”. [“With respect to the ethical principles in force, these projects may not be (. . .) completed in this country, for they are of such a nature as to offend the religious convictions of part of the public”.] 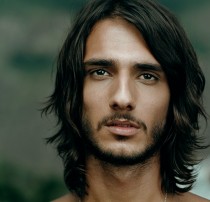 The favelas have a young population and are full of life and diversity. Rousseau dares to present Christ as a buffed, long-haired, often-shirtless young man wearing only pants, and sometimes less. This raises the entire debate on use of semi-erotic (especially homoerotic) imagery in Christian art. It isn’t a new question. Much of Michaelangelo’s work was controversial in his day and remains so, for the same reason-not to speak of countless depictions of St. Sebastian and of Christ himself—who may well have been naked as he hung on the cross. 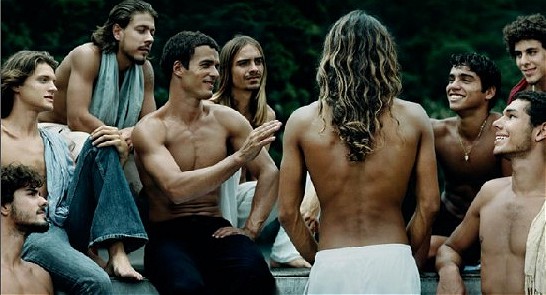 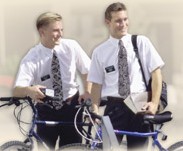 But more important is that Jesus must have worn the every day costume of his time. And I suspect in a street gathering of young men in a Rio slum, jeans and no shirt would be commonplace. In Ochina in 2005, I don’t think Jesus would have worn black trousers, a white short-sleeve shirt with button-down collar and a narrow black tie!