In 2006, the NLA had an exhibition from John Leonard Buckland’s collection of about 20,000 Australian railway photographs, 1910 to 1988. About about 300 of them are online as part of a growing digital collection including more than 80,000 pictures. Most of the Buckland photos are well before my time, but some them spark a memory. 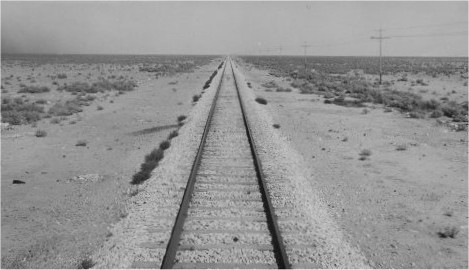 Not long after this picture was taken, I travelled the Trans-Australian Railway line of 1,108 miles from Port Pirie to Kaalgoorlie, which includes a section of 297 miles without a curve—the longest straight stretch of track in the world. 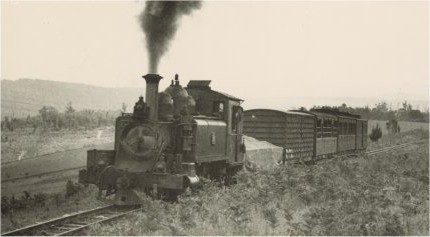 This train is a lot older than me! Its a Victorian Railways, 2’6″ gauge NA-class 2-6-2T locomotive no. 15A working a mixed train on the line from Cockatoo to Gembrook. But the the locomotives and cars have now been operated for fifty years as the famous Puffing Billy tourist railway, a favourite excursion. Volunteers have restored 24.5 km of the original route. 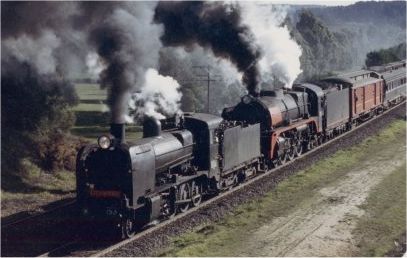 I remember travelling in Victoria on a train pulled by one of these in the 1950’s to visit my Grandparents. The ‘R’ Class steam locomotive (the second of this pair) was the most powerful steam locomotive (except H220 ‘Heavy Harry’) to be used on the Victorian Railways. They were in mainline service from 1951 to 1968. 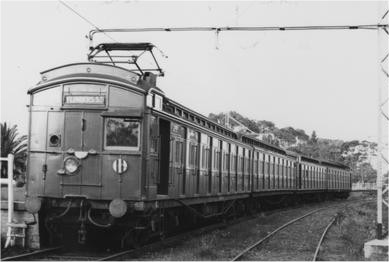 Melbourne has a large modern sububurban electric train network. In its earlier days Melbourne had these Tait cars, variously called ‘dog boxes’, ‘red-rattlers’ and other ruder things. They were draughty and noisy, yet efficient and reliable. It was well into my adulthood before the last of them was replaced.