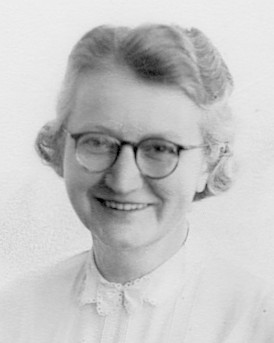 This is my maternal grandmother, Frances Judith Hitchcock (née Norton) — my Grandma Judy. The picture at at left was specially given to me by my mother and shows her mother going to a wedding on 29 January 1949.

Judy was born in Walsall, England, on 23 January 1897, daughter of William Northon and Frances Graham. After meeting William Hitchcock in England during the 1914-1918 war, she migrated from England. in April 1921, arriving in Australia on 25 May 1921. They were married at St. John’s Church, Toorak, on 22 June 1921 and had two daughters, June and Nanette. Judy died in Barwon Heads, Victoria, of cancer, in 1960. I remember her a little.

I owe a great deal to my Grandma Judy. She was a woman of great courage and faith and a cradle-to-grave Anglican. My mother passed down from her to me a love of language and clear speech, a spirit of steadfastness and an appreciation for the beauty and faithfulness of God. 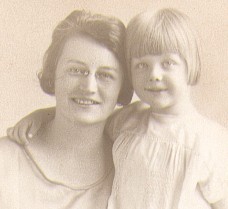 The picture at righjt is of Judith with her elder daughter, my mother June. 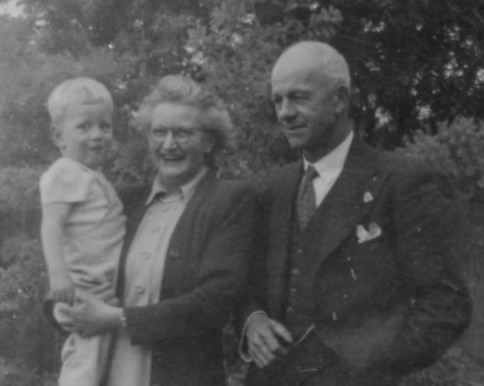 Below is Judith with William (Bill) my grandfather and their eldest grandson, me, in about 1950. At that time I was their only grandchild, and much in demand!