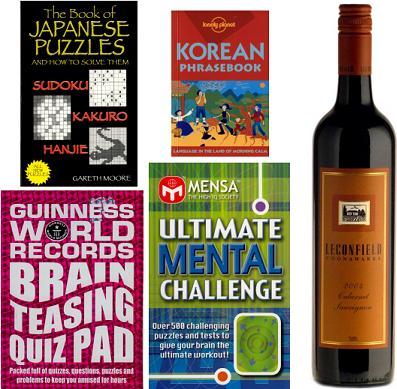 In 2007, after nearly eight years working in the Australian Government’s aged care programs, it was time to move on. I had a new job in a team developing the next round of the Australian Health Care Agreements, through which the Government paid large amounts to the state and territory governments to help them run public hospitals.

My colleagues must have thought my brain needed sharpening, for they gave me some puzzle books as a farewell—as well as a Korean phrase book, in case James and I have communication problems. And to soften the pain, there was a good bottle of red wine.

Ironically, I don’t like puzzle books all that much—I’m either not smart enough, or not patient enough.