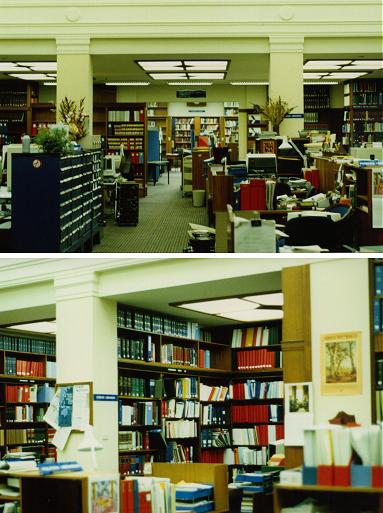 In 1986 I migrated from Melbourne to Canberra. I was recruited to join the Parliamentary Library as Chief Information Specialist, Science, Technology and the Environment. At that time, the Library was still in what is now the Old Parliament House; we moved to the new building in 1988.

The old building was extraordinarily cramped as it had been built in 1927 as a temporary home for a much smaller and simpler Parliament. The upper picture shows the main reading room of the Library; my ‘office’ was a desk crammed into the alcove shown in the lower picture.

After several years, I moved on to another job, but I’m glad I’ve stayed in Canberra. It’s a fine place to live.