I am most glad to read that in the little over a year since it was publicly launched, the Save Canterbury Cathedral Appeal has raised over £7 million of the £50 million urgently needed for an extensive conservation and development program for the Cathedral.

Canterbury Cathedral costs over £12,000 per day to run and relies entirely on its own resources and donations. During the last year work has been done on the cathedral to restore its stonework and roofs. In addition monitoring equipment has been installed to keep track of the effects of environmental changes on the 12th century stained glass windows. The work of the past year shows how right the decision was to launch the appeal. The appeal also introduced Sponsor a Stone and Sponsor a Lead Tile schemes to allow contributors to play a more personal role towards restoring the Cathedral building. 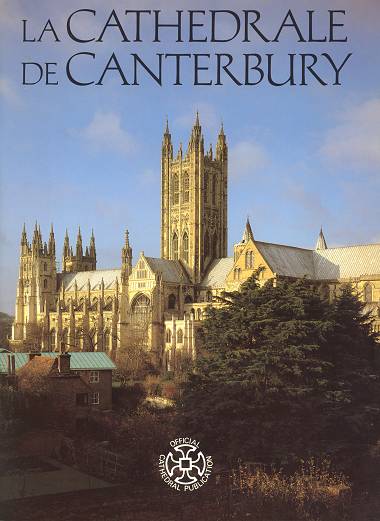 The Cathedral was founded in 597 by St Augustine and encompasses the finest 12th Century stained glass and earliest Gothic building in the England. It is suffering serious damage through a combination of old age and modern pollution. Already urgent are repairs to alleviate health and safety hazards that threaten to restrict access. Conservation of the main fabric of the building is a priority; parts of the roof leak badly and masonry are crumbling. Conservation and protection of the stained glass is required. Repairs to the main Cathedral entrance, Christ Church Gate and the Choir House and other Cathedral building are also urgent. Refurbishment of the organ and improvements to the Cathedral’s electrical, audio-visual, heating and lighting systems are also needed.

I visited the Cathedral on Tuesday 19 October 1993. For me it was the most moving experience of my visit to England. The Cathedral stood as an ancient and enduring testimony to the “faith once delivered to the saints”. As I ended my visit, a service bell was calling people to Evensong and the setting sun was reflected in the mellow tones of the Cathedral’s stones. I bought a souvenir booklet in French (which I can read) as the English ones were sold out. It is difficult to get a good view of the whole Cathedral as it is surrounded by unsympathetic neighbouring buildings. In my small experience of spiritual World Heritage sites, Canterbury and the Bulguksa temple in Korea have been the most remarkable.

Despite our present troubles, perhaps the See of Canterbury and its Cathedral may yet endure as symbols of the common faith of Anglicans and the “faith once delivered to the saints.”