As Christmas looms, it’s hard to believe that I have experienced rather more than sixty of them. Many were at home with my parents, brother and sister—and good fun too. More recently there have been younger relatives, and James too. But the Christmases are blurred together in my memory so that I can’t distinguish one from another.

One I do remember was spent here, on the platform of the Yass Junction Railway station. 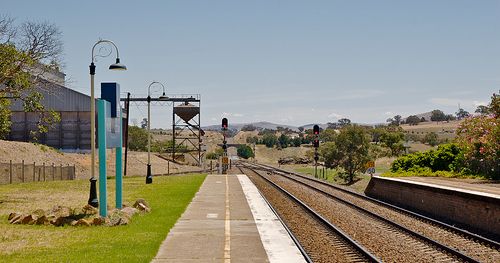 I was travelling by special train as part of large group of YFC teenagers from Melbourne to Brisbane; we planned to be on the Gold Coast for Christmas. A train ahead of us was derailed and we spent many hours on this platform, with a Christmas service in the hot sun and meals of sandwiches sent from Canberra—60 km or so distant. We slept on the floor of the train. 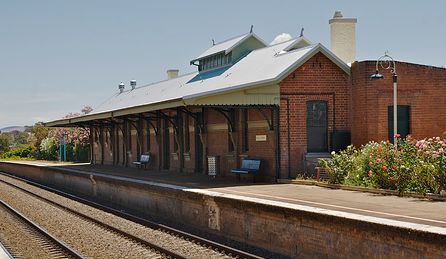