As talks on Iran’s nuclear program we’re producing some small breakthrough, the Washington Free Beacon examined the state of five other rights demanded by the Iranian people—and not respected by their government.  Even if Iran does as the West wishes on matter nuclear, it must still be held to account for its apalling abuse of human liberties and freedoms.

Pastor Saeed Abedini is just one of many imprisoned for the conduct of Christian worship. Iranian Christians were sentenced last month to 80 lashes for drinking wine during communion and possessing a satellite antenna. Members of the Baha’i community, a minority offshoot of Shiite Islam, have also faced persecution and violence.

The Iran authorities continue floggings and executions of minors and homosexuals and have the 3rd highest rate of capital punishment in the world. The butchering of gay and lesbian people has been particularly horrific. Iran continues frequently to execute gay men and some lesbians. It has been estimated that 4,000 lesbians and gays have been executed since the 1979 Islamic revolution. Methods of execution have included beheading, being chopped in two, stoning, burning alive, hanging and being thrown alive from a high building. 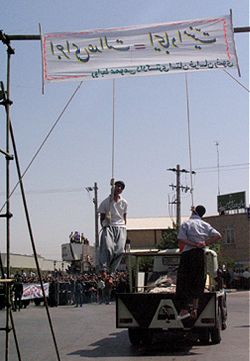 Nothing has changed since The Times reported on 13 Nov 07 that Iranian politican Mohsen Yahyavi had told a meeting of British MPs in the UK that homosexuals deserve to be executed or tortured and possibly both. Britain is one country has regularly challenged Iran about its hangings of gays, and stonings and executions of adulterers and other alleged moral criminals. Mr Yahyavi, a member of Iran’s parliament, told the MPs that that if homosexual activity is in private there is no problem, but those in overt activity should be executed. He argued that homosexuality is against human nature and that humans are here to reproduce.

Mahmoud Asqari and Ayad Marhouni were hanged in Justice Square in Mashhad in 2005. Graphic photographs of the execution of the youths, who were under 18 when arrested, were released by the Iranian Students News Agency. President Ahmadinejad, questioned by students in New York about the executions, dodged the issue by suggesting that there were no gays in his country. “In Iran, we don’t have homosexuals, like in your country”, he lied. Yet Iran is also accused of cloaking executions for homosexuality with bogus charges for more serious crimes.

Is this why Iran has no homosexuality? Think Iran’s nuclear ambitions are frightening? We now are learning that this land of lunatics run by fanatics is undertaking its own Final Solution with homosexuals.Here’s the real reason why Iran’s President Ahmadinejad could say in September at Columbia University could dodge the question of executions and say that there were no homosexuals in his society. They are killing them. 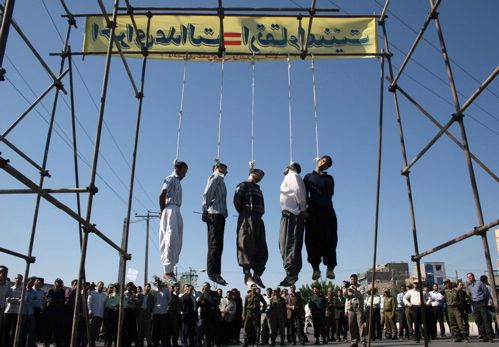 Former UK Foreign Secretary David Miliband, wrote in The Financial Times on  Why we must not take the pressure off Iran. 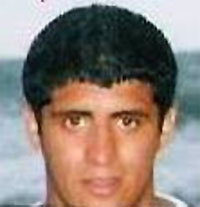 On the petition of Mr. Mouloodzadeh’s lawyer, the Iranian Chief Justice, Ayatollah Seyed Mahmoud Hashemi Shahrudi, nullified the death sentence on 10 Nov 07, describing the sentence as in violation of Islamic teachings, the religious decrees of high-ranking Shiite clerics, and the law of the land. The case was sent to the Special Supervision Bureau of the Iranian Justice Department, a designated group of judges responsible for reviewing and ordering retrials of flawed cases flagged by the Iranian Chief Justice. The judges defied the Chief Justice by ratifying the original ruling and ordering the execution. Neither Mr. Mouloodzadeh’s family nor his lawyer were told of the execution until after it occurred.

Whether or not the execution was technically illegal, it was utterly immoral and disgusting beyond belief.