Canberra has had no known new cases of Covid-19 infection for three weeks. And for that we give thanks to God, to health workers, to the territory government, and to the good sense of the city’s people.

And if you break the rules without good cause, I wish upon you the punishment prescribed by James Agee for arms merchants:

"…may [their] loins thaw with a shrieking pain, and may there be slow nails in the skulls of each, and may lost winds of plague unspeakable alight like flies upon their flesh, here in this earth and by public arrangement, to the sweet entertainment of all men of goodwill: and in their death may the vengeance of God shock their flesh from their bones, and their bones off the air, and all that was of them be reduced to the quintessence of pain very eternal, from moment to moment more exquisite everlastingly, by a geometrical increase: unless by improbable miracle they repent themselves straightway and for good." — Permit me voyage (Yale, 1934).

Not kidding. Lives are at stake.

As a polio survivor myself, I have long been interested in the international campaign to eradicate the disease through vaccinations. Much of the world is now polio-free. But in Pakistan and Afghanistan, last strongholds of wild polio virus, cases increased from 33 in 2018 to 176 in 2019. So far this year, the two countries have confirmed 87 wild polio cases, compared with 64 at this time last year. The real number is likely higher. The vaccination program has been inhibited by Covid-19 precautions and the fears of local populations. Restoration of the Pakistan and Afghanistan vaccination programs will have to overcome the suspicions and refusals that blocked them last year.

Africa is free of the wild virus, but is battling against vaccine-derived virus. So far this year, Africa has reported 133 type 2 cases in 14 countries, up from 47 at this time last year. Hot spots include Ivory Coast and parts of Chad, Mali, Ghana, Togo, Burkina Faso, and Niger.

Oral polio vaccine contains an attenuated vaccine-virus, activating an immune response in the body. When a child is immunized, the weakened vaccine-virus replicates in the intestine for a limited period, thereby developing immunity by building up antibodies. During this time, the vaccine-virus is also excreted. In areas of inadequate sanitation, this excreted vaccine-virus can spread in the immediate community before eventually dying out. This can offer protection to other children through ‘passive’ immunization but may also generate infection with vaccine-derived polio. The risk is small compared with that of having no vaccinations at all, but remains troubling.

“Much of the strength and efficiency of any Government, in procuring and securing happiness to the people depends on opinion, on the general opinion of the goodness of that government as well as of the wisdom and integrity of its governors.”—Benjamin Franklin’s final speech in the constitutional convention, 1787

This is a submission to the Committee with respect to paragraph (1) of its Terms of Reference, particularly "the nature and effect of proposed exemptions for ministers of religion, marriage celebrants and religious bodies and organisations".

I submit that the draft bill has two defects in relation to the proposed exemptions for ministers of religion, marriage celebrants and religious bodies and organisations.

First, the draft bill greatly overcomplicates the wording of exemptions. In its present form, section 47 of the Marriage Act 1961 already (and quite properly, in my view) provides ministers of religion with very considerable discretion concerning whether or not to solemnise a marriage—regardless of the reasons. This provision could be strengthened to apply "despite any law" and also applied to other marriage celebrants.  The following would suffice:

Ministers of religion and marriage celebrants not bound to solemnise marriages.
Despite any law, an authorised celebrant, (whether or not a minister of religion) may refuse to solemnise a marriage.

Similarly, the provision relating to exemptions for religious bodies and organisations could be simpler, more comprehensive and more straightforward, for example:

Religious bodies and organisations may refuse to make facilities available or provide goods or services
Despite any law, a religious body or a religious organisation may refuse to make a facility available, or to provide goods or services, for the purposes of the solemnisation of a marriage, or for purposes reasonably incidental to the solemnisation of a marriage.

Secondly, the identification of same-sex marriage as a ground of exemption is:
—redundant in view of the overarching nature of available exemptions; and
—itself hurtfully discriminatory, particularly as it is in any case redundant.

The daily and detailed specifics of Donald Trump’s many stupidities are of less concern to an Australian than the threat he posoes on some big questions—especially climate change, nuclear weapons and trade. What I find fascinating is the vehement but well-crafted language used against Trump in some of America’s highly reputed papers and magazines. The New York Times and the New Yorker in particular have nailed their journalistic colors to their mastheads. Thus David Remnick at the The New Yorker:

Every morning since November 9th, you wake up and read the news and think, “This has got to be an issue of The Onion.” Because, while so much of the media, in ways subtle and broad, attempts to normalize the Trump ascendancy, while we are told that patriotism demands that we accept Trump and “give him a chance,” the President-elect acts in ways that leave even dystopian satire behind. His behavior has little to do with conservatism or libertarianism or populism; his mode is recklessness, a self-admiring belief that unpredictability is the path to national salvation. And so every day brings at least one fresh outrage … It seems almost sadistic to go on. It’s the holiday season, after all. … But, rather than fog the mind and defeat the spirit with the litany of accumulated outrages, let’s concentrate on the outrage of the day &hellip 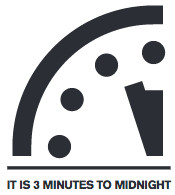 In the Bulletin of the Atomic Scientists (9 December 2016), Seth Baum, executive director of the Global Catastrophic Risk Institute offers an discomforting, though measured, account of "What Trump means for global catastrophic risk."

"Global catastrophic risks are those that threaten the survival of human civilization. Of all the implications a Trump presidency has for global catastrophic risk—and there are many—the prospect of him ordering the launch of the massive US nuclear arsenal is by far the most worrisome. In the United States, the president has sole authority to launch atomic weapons."

If Trump were to order an unwarranted launch, it could be stopped only by disobedience of military personnel, whom he could then replace.

Aside from planning to either persuade or disobey the president, the only way to avoid nuclear war is to try to avoid the sorts of crises that can prompt nuclear launch. "The United States has long been too dismissive of Moscow’s very legitimate security concerns regarding NATO expansion, missile defense, and other encroachments. … Trump’s unconventional friendliness nonetheless offers a valuable opportunity to rethink US-Russia relations for the better. On the other hand, conciliatory overtures toward Russia could backfire. … Russia could become aggressive."

There is a risk that Trump’s defiance of democratic norms and institutions may make the US government itself becomes authoritarian—and many of hius supporters seem to favour that. "Already, government officials are discussing how best to resist illegal and unethical moves from the inside, and citizens are circulating expert advice on how to thwart creeping authoritarianism."

An authoritarian US government would be a devastating force," Baum says, weilding "overwhelming military and intelligence capabilities to even more disastrous effect."

Trump tends towards an isolationist mercantilism that would have the United States look out for its unenlightened self-interest and nothing more. This would have "important implications for catastrophic risk," that would risk, "putting the world on course for another major war, this time with deadlier weapons." On the other hand, globalization has its own risks of rapid economic destabilisation.

"Climate change will not wipe out human populations as quickly as a nuclear bomb would, but it is wreaking slow-motion havoc 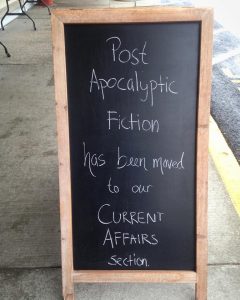 that could ultimately be just as devastating. Trump has been all over the map on the subject, variously supporting action to reduce emissions and calling global warming a hoax."

I am trying not to be too angry that Australia re-elected Turbnull’s mob, but I am surely frustrated by their cowardice. 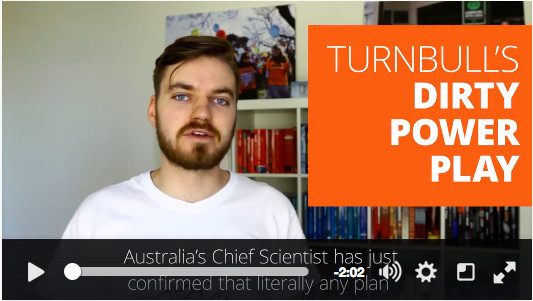 Pakistan is one of the two countries where polio remains endemic. Among multiple reasons of polio prevalence, (false) religious beliefs have been thought to be a major barrier towards polio immunization there. Researchers from USCI University Malaysia, have recently published [1] pleasing findings on this score, observing religious scholars to be engaged in campaigns to dismantle the myths and battle the resurgence of polio in Pakistan. The research assessed the knowledge, attitudes and perceived barriers towards polio immunization possessed by a sample 770 Muslim scholars in the Quetta and Peshawar divisions of Pakistan (where the polio risk is high). The study showed there to be poor knowledge of polio by a majority of the scholars surveyed, but positive attitudes towards immunization. Security was an issue to more than three-quarters of the participants.

In those countries where polio remains a threat, it is invariably civil strife and security problems that for decades have been thwarting efforts to rid the world of the scourge of polio. 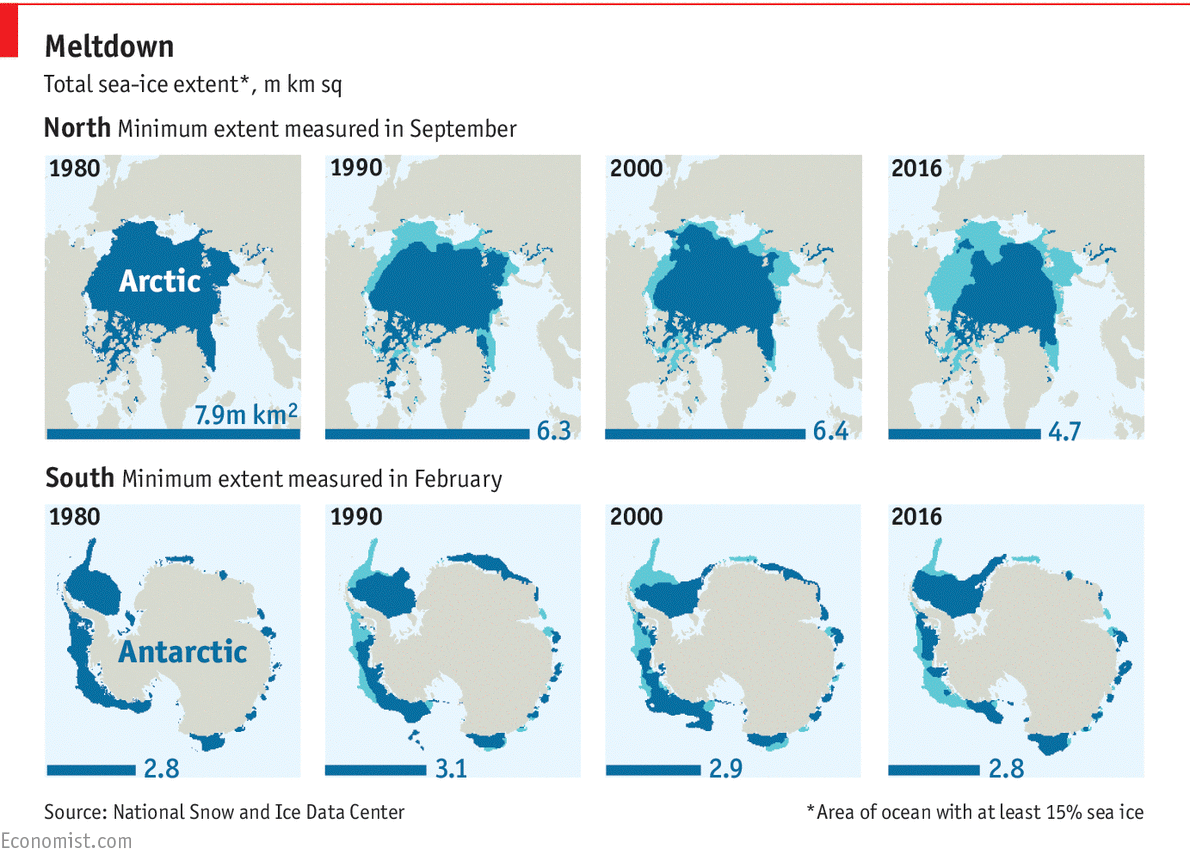 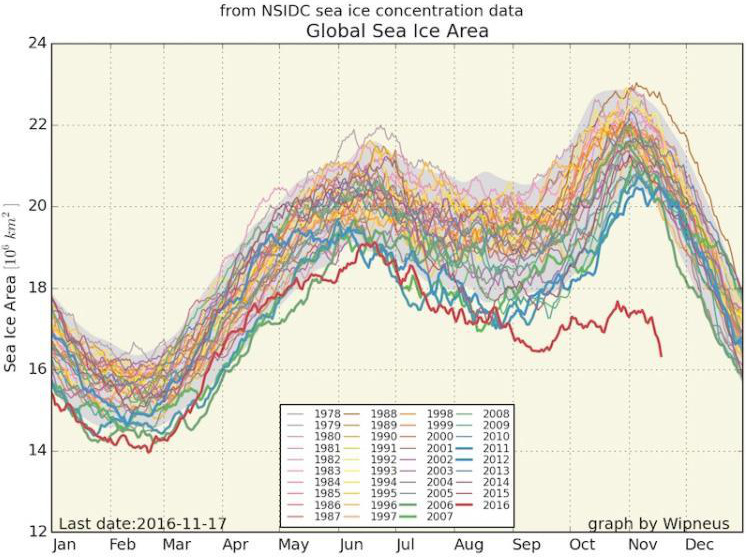 Man or woman, don’t let violence by others destroy you.